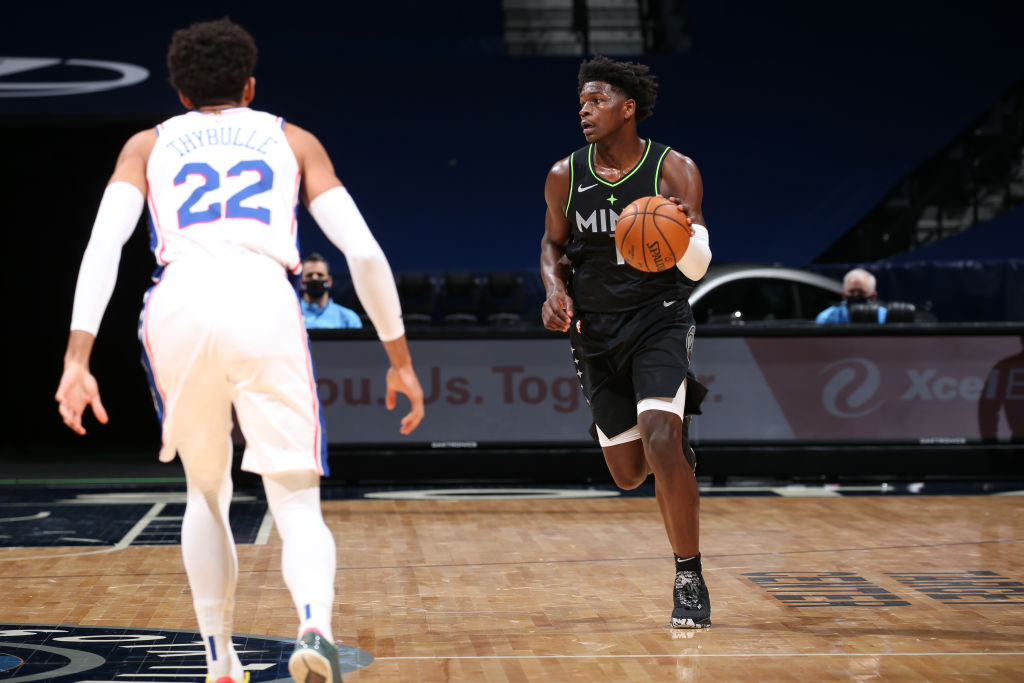 After coming off the bench for the first 17 games of his NBA career, Minnesota Timberwolves guard Anthony Edwards made his first career start on Friday, as the Timberwolves took on the Philadelphia 76ers.

Edwards, the top pick in the 2020 NBA Draft, finished the contest with 15 points (on 5-13 shooting from the field, 3-7 shooting from 3-point range and 2-2 shooting from the free-throw line.) The Atlanta native also tallied four rebounds, three assists, one turnover and two personal fouls in 29 minutes, while posting a plus-minus of -25 in what was a 25-point loss for Minnesota.

While Edwards’ first career start — like the Timberwolves’ season as a whole — leaves a lot to be desired, his raw talent flashes consistently. Getting in the gym, diversifying his scoring moves and practicing his long-range shooting will take him a long way. As will additional in-game reps and film study, which will allow his awareness to catch up to his NBA-ready body.