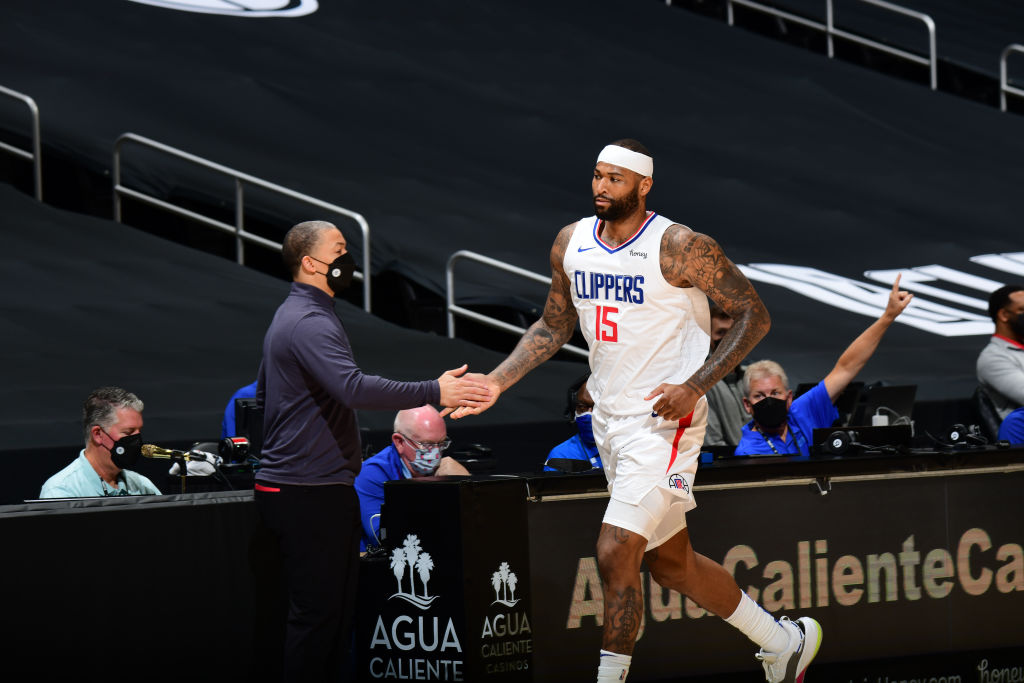 DeMarcus Cousins has had a difficult past few seasons, but things are beginning to turn around for the veteran center.

Cousins was signed to a 10-day contract with the Los Angeles Clippers last week, and head coach Ty Lue has hinted that Cousins will remain on the roster when the contract expires.

“We look forward for him to continue on, he was big for us,” Lue told media on Wednesday. “His playing, just knowing the game and IQ, to be able to shoot it, to post up, and bring physicality is great for our team.”

Cousins played in 25 games this year for the Houston Rockets before being cut. He averaged 9.6 points and 7.6 rebounds per game and started in 11 games.

Cousins has played in three games since being signed to a 10-day contract by the Clippers. In those three games, Cousins has 9.7 minutes, 6.0 points, and 3.0 rebounds per game.