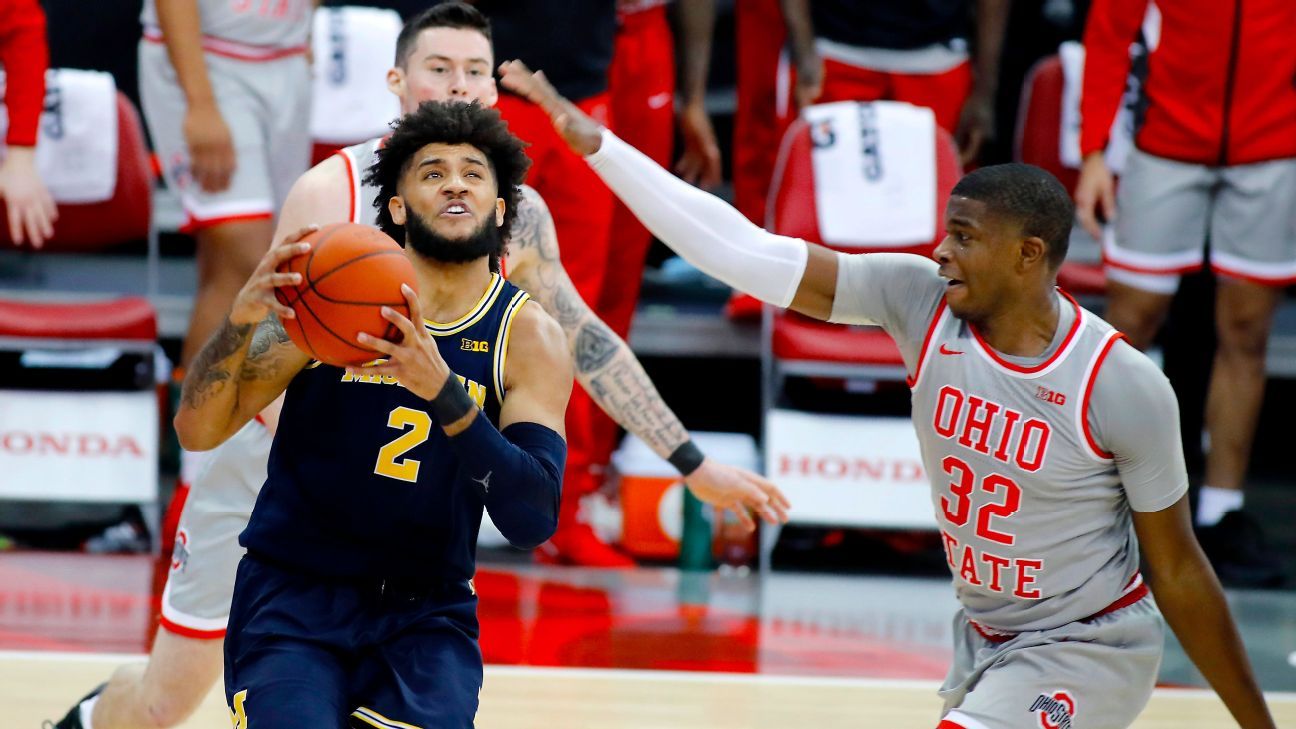 We’ve spent most of the season talking about the gap between Gonzaga, Baylor and the rest of the country. Now there’s a second tier starting to develop behind the two favorites, a group that includes a trio of Big Ten teams: Michigan, Ohio State and Illinois.

Sunday’s game did nothing to change that thinking, despite the Wolverines beating the Buckeyes. Those three teams are 3-4-5 in the Power Rankings for the third straight week; they’re the top five teams in Joe Lunardi’s Bracketology and ESPN’s strength of record metric; and they all rank inside the top six in adjusted efficiency margin at KenPom.

Can anyone else crack the top-five party?

Alabama has been inconsistent offensively over the past month; Houston just lost to Wichita State and isn’t in first in the AAC; Villanova is only nine days removed from losing by 16 at Creighton; Virginia has lost two straight; and while I love Oklahoma‘s résumé, the efficiency metrics raise some questions. Maybe Florida State or Creighton or West Virginia can rise that high given the way they’re playing, but they haven’t been consistent.

For now, the best bet might be Iowa. The Hawkeyes are No. 3 in the BPI and No. 4 at KenPom, and they have the best offense in college basketball. Their defense leaves much to be desired, but it’s looked a bit stingier of late. Road trips at Michigan and Ohio State this week will be the determining factor.