Durant at ‘critical’ point in rehab, not on Nets trip 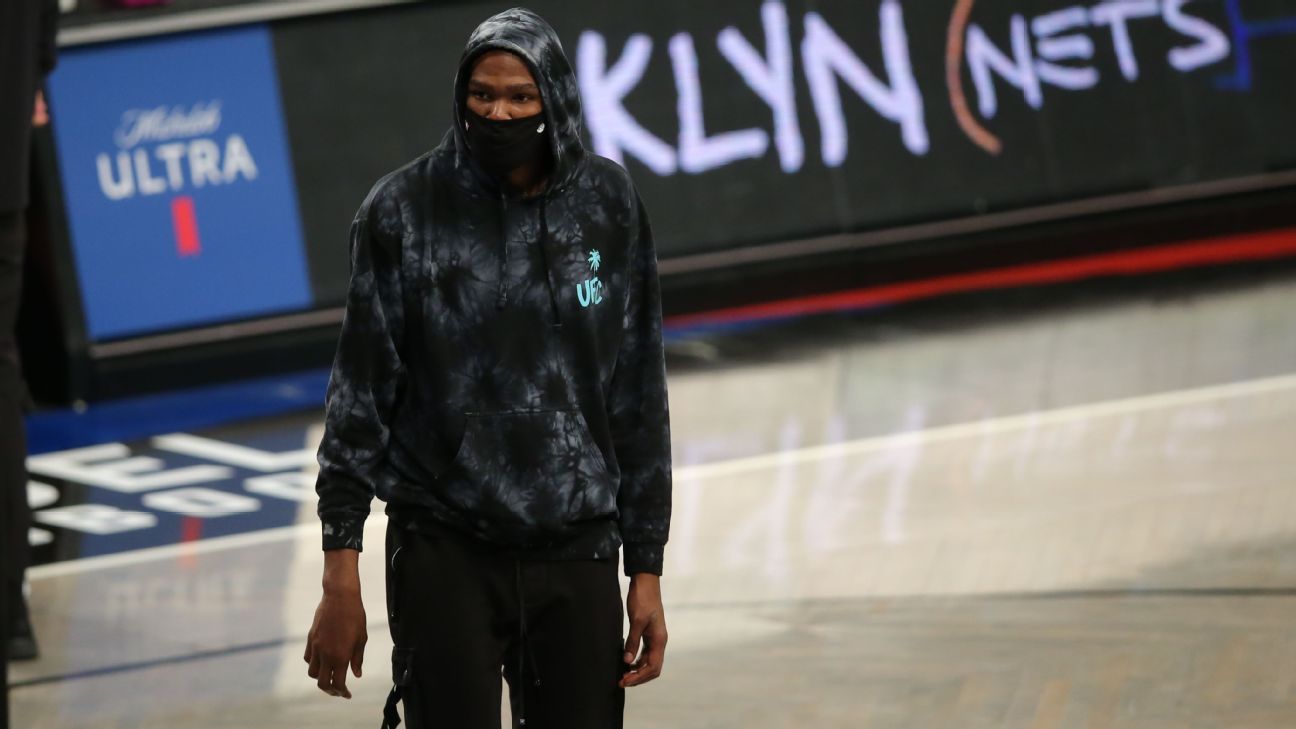 The Brooklyn Nets will be without Kevin Durant through at least Friday, as the star did not travel with the team on its three-game road trip.

Coach Steve Nash said the decision was made because Durant is at a “critical” point in his rehabilitation for a left hamstring strain.

“We just felt like it didn’t benefit him to travel across the country while he is trying to get that critical last part of his rehab done,” Nash said.

The Nets played at Portland Tuesday night, with Utah and Detroit up next before returning home to face the Minnesota Timberwolves on Monday.

Nash said the Nets’ back-to-back games on Tuesday and Wednesday, plus the six-hour cross-country flight, wouldn’t allow Durant much time in the gym to do his exercises and receive treatment.

Nash reiterated that Durant continues to make progress, is on the court every day and “looks great.” Nash said that if the Nets were at a more critical point in the season, Durant would likely be close to returning.

With two months of regular-season games remaining, however, Nash reiterated that the team is not in a rush to get Durant back.

“Kevin is doing very well,” Nash said. “If this was the playoffs, there’s a chance he’d be back very soon, but there’s no point in taking a big risk with him when the most important thing is to get him back for the remainder of the season.”

The Nets are short-handed, without Landry Shamet, who sprained his right ankle against the Washington Wizards on Sunday, and Kyrie Irving, who is out for personal reasons, according to the team.

Nash said there’s a possibility Shamet, who did not travel with the team, joins the group in Detroit for Friday’s game.