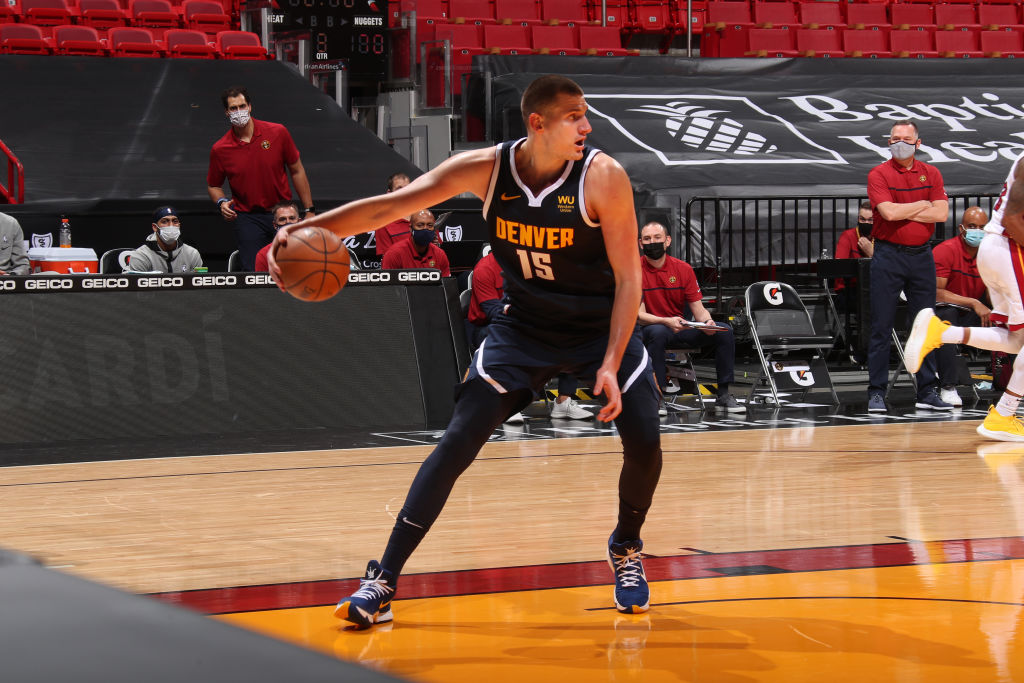 The Denver Nuggets are on a five game winning streak –defeating squads like the Phoenix Suns, Dallas Mavericks and Miami Heat– and while their stock is rising, so too is that of franchise center Nikola Jokic.

An understated superstar if there ever was one, Jokic has quietly been putting together an All-Star worthy–if not MVP worthy– 2020-21 campaign with averages of 25.2 points, 11.8 rebounds, 8.9 assists and 1.8 steals per game. Widely considered to be the best offensive center in the league thanks his elite passing, footwork and shooting touch, Jokic could very well win the 2021 NBA MVP award this season.

“He’s doing it in every facet of his game.”

Jokic would have stiff competition for the MVP award even if he should eventually win it, with familiars like LeBron James, Giannis Antetokounmpo, Kevin Durant and Luka Doncic dominating as the focal points of their respective squads. Philadelphia 76ers center Joel Embiid, Jokic’ primary rival for the title of the best center in the NBA, has a case for MVP as well.

Only time will tell how the season plays out in between the lines but there’s no denying that Jokic’s aggressive approach has paid off early.