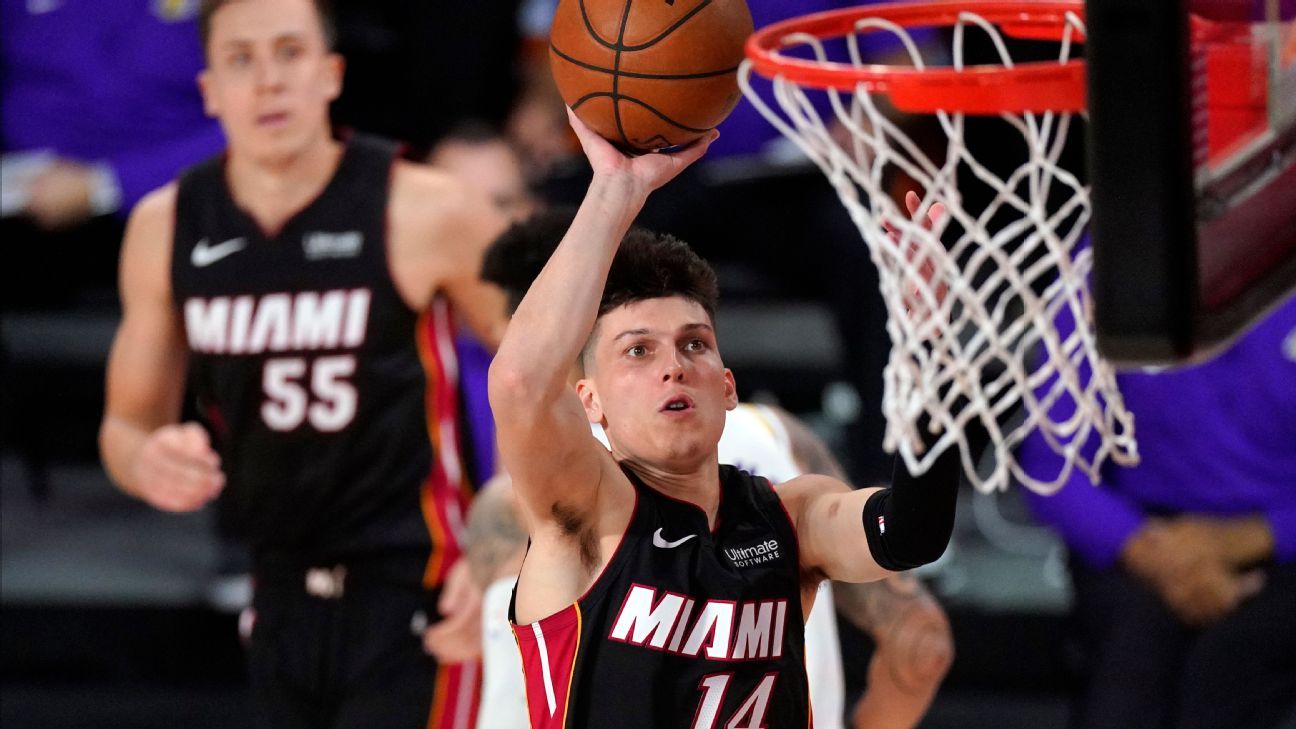 Miami Heat guard Tyler Herro revealed after a 105-104 win over the Sacramento Kings on Saturday night that he learned a housemate has tested positive for COVID-19.

Herro is listed as questionable on the team’s injury report for Monday’s game against the Charlotte Hornets.

The reason the Heat cited for putting Herro on the report is the NBA’s COVID-19 health and safety protocols, which only means it is a virus-related reason and does not suggest that he tested positive. Herro was not with the team for practice Sunday.

Herro said Saturday that he heard the news at halftime and was uncertain whether he will have to quarantine because of possible exposure. His revelation came on the same night All-Star forward Jimmy Butler returned after missing 10 games because of the NBA’s health and safety protocols. Butler scored a season-high 30 points after missing 12 of Miami’s 18 games because of virus-related issues, as the Heat ended a five-game losing streak.

The Heat also didn’t play Kendrick Nunn on Saturday because he was awaiting a COVID-19 test result when the game started. Nunn was cleared by the second quarter and could have played, but Heat coach Erik Spoelstra elected to not use him.

Miami — off to a 7-12 start after going to the NBA Finals last season — has already had eight players miss a combined 30 games for virus-related reasons. If Herro cannot play Monday, he’d become the ninth Heat player on that list.

“By any means necessary right now,” Spoelstra said Sunday. “We’ve been through so much. I think everybody is able to adapt to this. This is what’s required right now.”

Herro is averaging 17.5 points this season. He missed seven games in January because of neck spasms.