Hoiberg on severe virus case: ‘Got a little scared’ 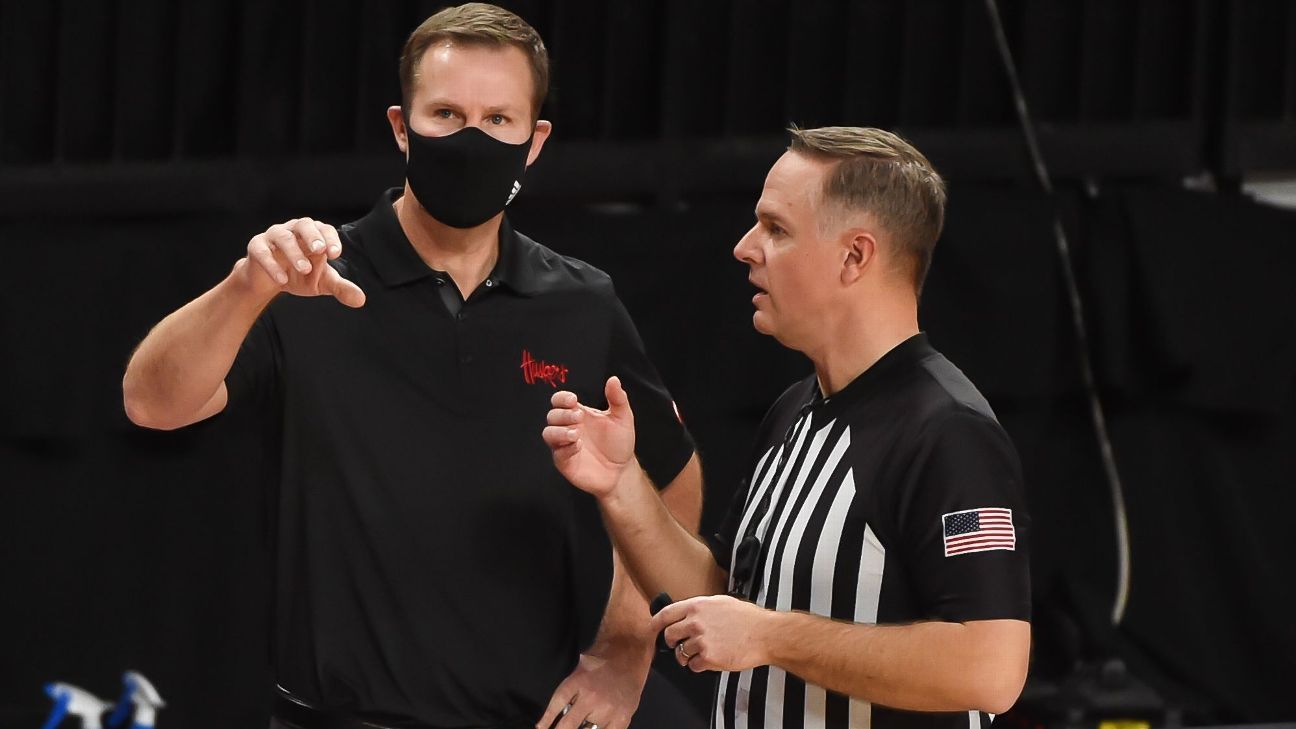 The Nebraska men’s basketball team is emerging from a shutdown because of a COVID-19 outbreak that left coach Fred Hoiberg with a severe case.

“I got a little scared, to be honest with you, just with everything I’ve had in my past with two open-heart surgeries and being fully dependent on a pacemaker,” Hoiberg said Tuesday. “It concerned me. And I did have chest pains. That was the scary thing.”

The 48-year-old coach was born with an abnormal aortic valve and had surgeries in 2005 and 2015, with the first one spelling the end of his NBA playing career.

Hoiberg said that he has undergone a battery of heart tests since recovering from the virus and that everything looked normal.

Nebraska paused team activities Jan. 11. Hoiberg said he and two assistants, a graduate assistant, nine players and a student manager tested positive. That’s in addition to another player who had COVID-19 earlier in the season.

All the players had either minor symptoms or were asymptomatic, Hoiberg said, and all three coaches had severe symptoms.

The Cornhuskers (4-8, 0-5 Big Ten) are scheduled to play at Michigan State on Saturday, which would make it 26 days since the Huskers’ last game.

Hoiberg said he began experiencing symptoms Jan. 15, waking up in the middle of the night with chills, a bad headache, a sore throat and body aches.

“I took some ibuprofen and felt pretty good the next morning and thought maybe it was just a little 24-hour deal that I had,” he said.

Then his daily COVID-19 antigen test was positive, and a follow-up PCR test confirmed the result.

Hoiberg said he never required hospitalization because his oxygen level remained normal and his fever never exceeded 101 degrees. He lost 10 pounds, and his sense of smell has not returned.

The team resumed workouts over the weekend, and Hoiberg said he continues to battle fatigue and expects that to be the case for several more weeks.

Hoiberg said he never considered discontinuing the season. He said the Huskers will try to make up all five postponed games and could end up playing 15 in 32 or 33 days.