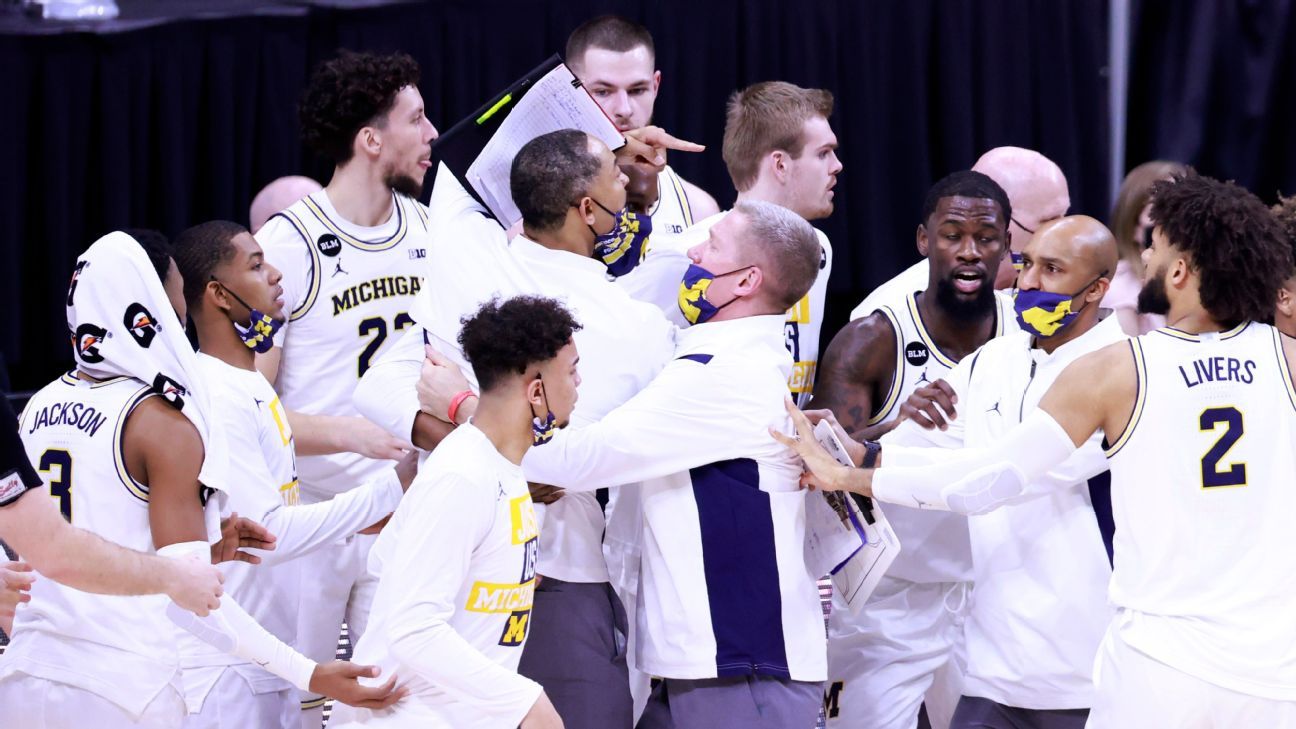 Michigan coach Juwan Howard was ejected midway through the second half after getting into a shouting match with Maryland coach Mark Turgeon in the Big Ten tournament quarterfinals Friday in Indianapolis.

The fourth-ranked and top-seeded Wolverines advanced to the semifinals with a 79-66 victory and will take on longtime rival No. 9 Ohio State in Saturday’s first semifinal game.

Howard said all he intended to do when he started walking toward the baseline during a media timeout was question a call.

Turgeon, meanwhile, said tensions were already high between the teams after their two regular-season games, including a Dec. 31 meeting that featured four technical fouls and that Michigan won 84-73.

As Howard walked toward the baseline, Turgeon moved closer and told Howard not to speak to him, and a shouting match broke out. A tense situation quickly escalated, tempers flared and both teams gathered near midcourt, with officials rushing in to hold back each side.

The 6-foot-9 Howard had to be restrained, drew two technical fouls and was ejected with 10:44 left to play.

After the game, Howard apologized for his actions — and also placed blame on the other bench.

“That’s not how you handle things under adverse conditions,” he said before explaining his version of what happened.

“He said, ‘Juwan, I’m not going to let you talk to me. Don’t talk to me ever again,'” Howard said of Turgeon. “Then he charged at me. I don’t know how you were raised but the way I was raised is when someone charges you, you defend yourself.”

Turgeon was called for a technical foul but not ejected.

“Throughout my years here, Coach Turgeon has always fought for us,” Maryland guard Eric Ayala said. “In an incident like today, I guess it’s just two coaches competing. … As a player, it makes it fun for me to see my coach fired up like that. It makes me want to go out there and compete for him.”