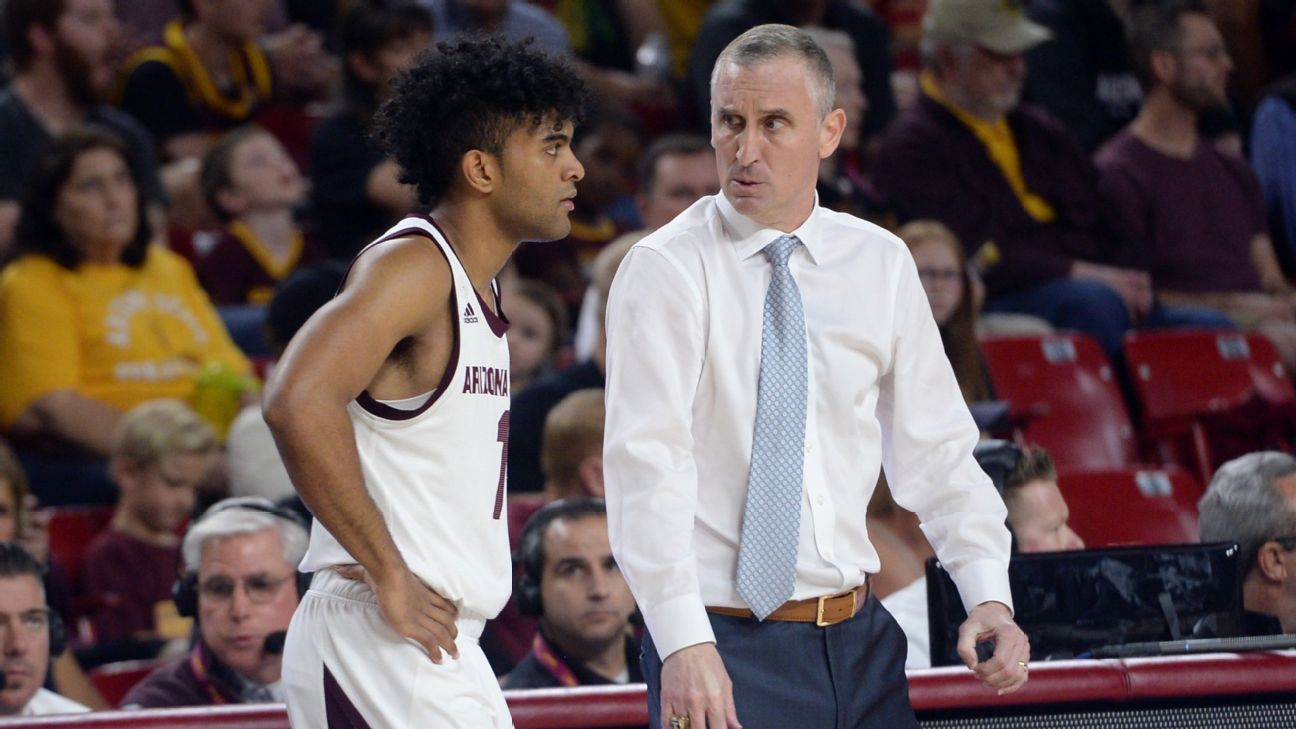 SAN FRANCISCO — The Pac-12 Conference has reprimanded Arizona State basketball coach Bobby Hurley for his comments about the officiating late in a loss to rival Arizona.

The conference said Friday that Hurley was reprimanded for public comments about the officials following an 84-82 loss to the Wildcats on Thursday night.

Hurley was furious a foul wasn’t called on Azuolas Tubelis for hitting the arm of Arizona State guard Remy Martin with nine seconds left. Tubelis was credited with a blocked shot and made the winning shot at the buzzer on a tip-in.

Replays showed Tubelis did hit Martin on the arm, but the Pac-12 prohibits coaches from making public derogatory comments about officiating. Coaches are supposed to provide feedback to the coordinator of officiating instead of making public comments.