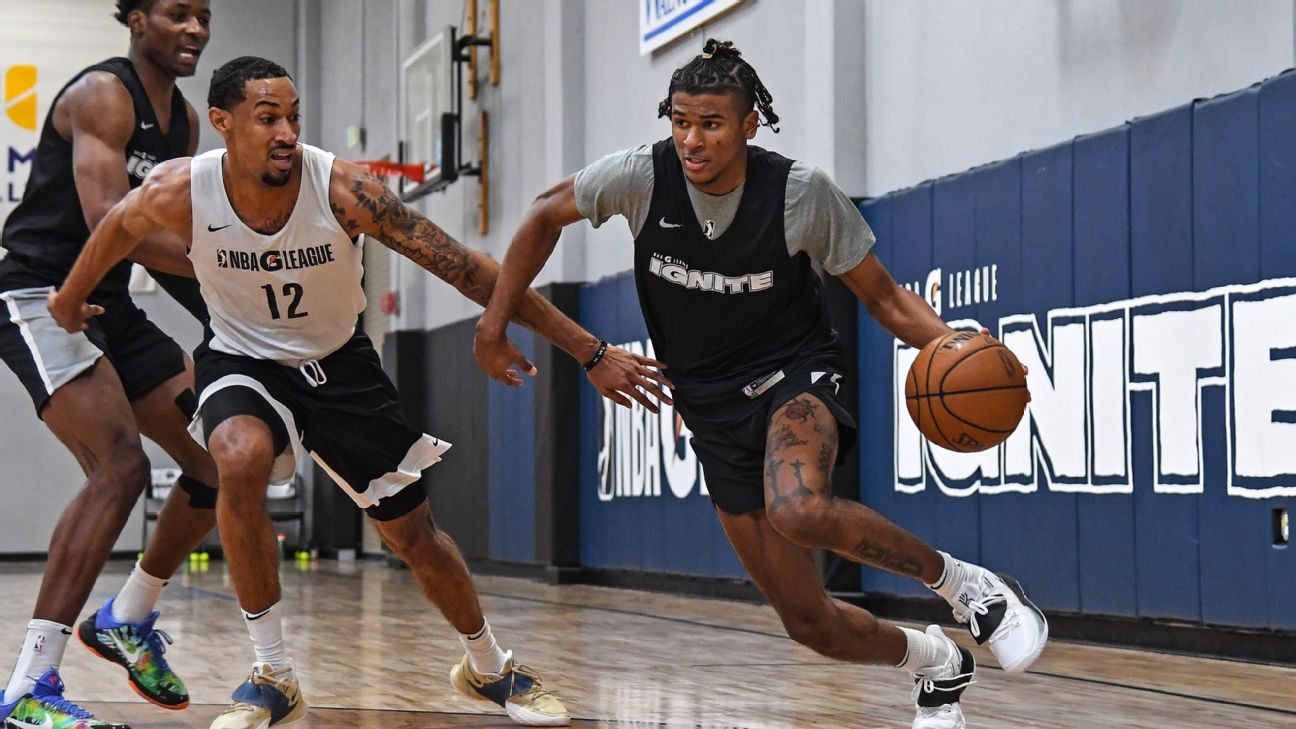 The NBA G League released its regular-season schedule Wednesday, as its 18 teams descend on the ESPN Wide World of Sports Complex at Walt Disney World Resort in Lake Buena Vista, Florida, for a four-week single-site tournament to crown its champion.

The G League Ignite, composed of NBA draft-eligible prospects who include projected top-five picks Jalen Green and Jonathan Kuminga, will kick off the season Feb. 10 against the Santa Cruz Warriors (11 a.m. ET, ESPN2).

All 15 Ignite games will be broadcast on ESPN2, ESPNU or ESPN+.

The regular season will conclude March 6 and will be followed by a condensed playoff competition March 8-11 for the teams with the eight best records.

Eighteen NBA teams elected to send teams to the single-site “bubble” outside Orlando, with some, such as the Washington Wizards and New Orleans Pelicans electing to join forces for a single team.

NBA teams have been asked to contribute between $400,000 and $500,000 to the venture, mostly to cover daily COVID-19 testing, food and medical care. Most teams are arriving in Orlando on Wednesday and will be asked to quarantine for several days before beginning practice.

Strict medical protocols, similar to those enforced by the NBA and its 30 teams, will be used to ensure the safety of participants.

A large contingent of NBA scouts is expected to evaluate the G League Ignite roster in what might prove to be the only competitive games played this season for those on the roster, which also includes potential draft picks Daishen Nix and Isaiah Todd.

NBA teams will also have the option of allocating younger players from their 15-player or two-way contract rosters for seasoning for portions or all of the G League season, with players such as Nico Mannion, Jordan Poole and Alen Smailagic expected to join the Santa Cruz Warriors for their game against the G League Ignite and beyond.

Jonathan Givony is an NBA draft expert and the founder and co-owner of DraftExpress.com, a private scouting and analytics service used by NBA, NCAA and International teams.