‘I’m everything right now except for a basketball coach’: How college coaches are managing a fractured 2020-21 season 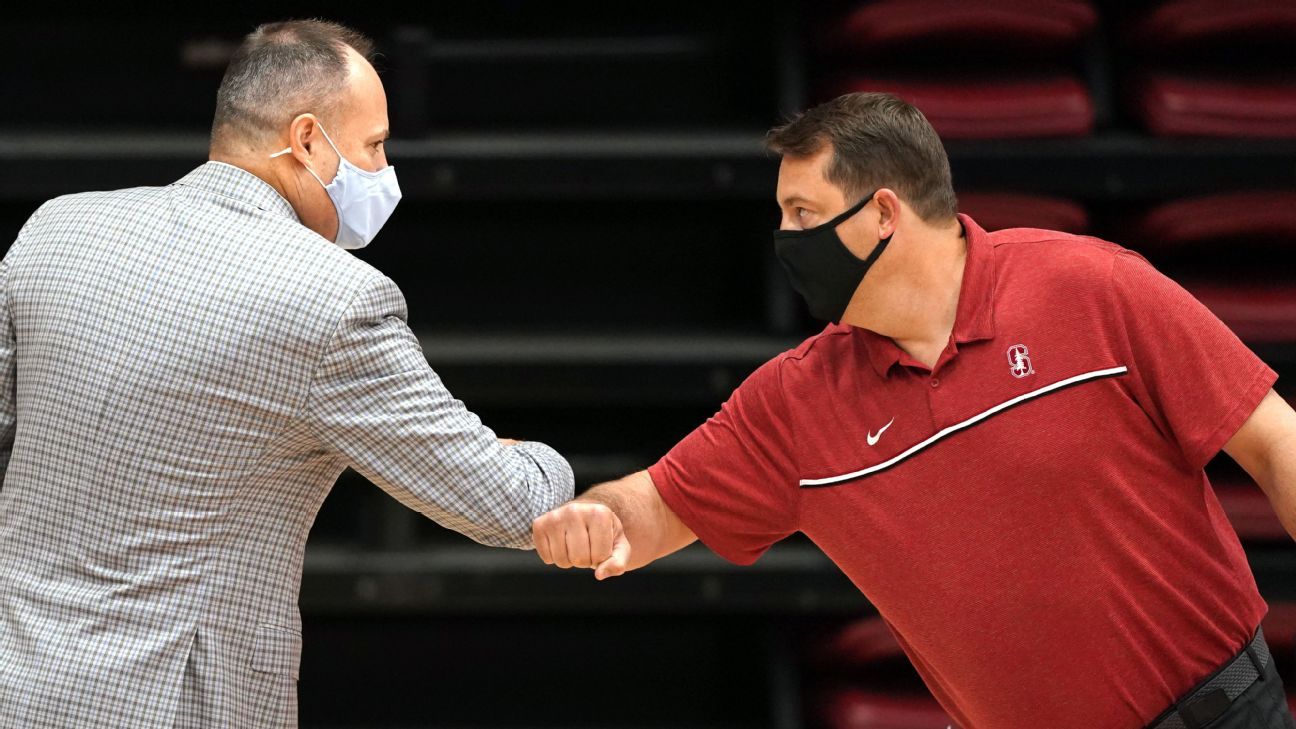 Stanford coach Jerod Haase hasn’t been in his office since last spring. Saint Louis hasn’t had a team meal or been in its locker room together since last March. There are teams that have played four games; there are teams that have played 23 games. The entire Ivy League canceled its season, while four other teams have opted out. Hundreds of games have been postponed or canceled.

The effects of the coronavirus pandemic on the 2020-21 college basketball season are endless, and we’ve yet to see how it ultimately impacts conference tournaments and the NCAA tournament.

“There’s no handbook for this,” Fairfield coach Jay Young said.

Changes to the schedule have been constant, with games canceled less than an hour before tipoff and games scheduled with one day’s or two days’ notice. Teams have been displaced for months on end, and teams have gone weeks without playing games.

There’s been very little flow to the season.

“So much of basketball is a rhythm sport,” Army coach Jimmy Allen said. “That’s the biggest challenge.”

ESPN talked to more than a dozen men’s basketball coaches across 13 different leagues to share stories of their experiences and discuss the specific hurdles that the pandemic has brought to the world of college basketball over the past 2½ months.