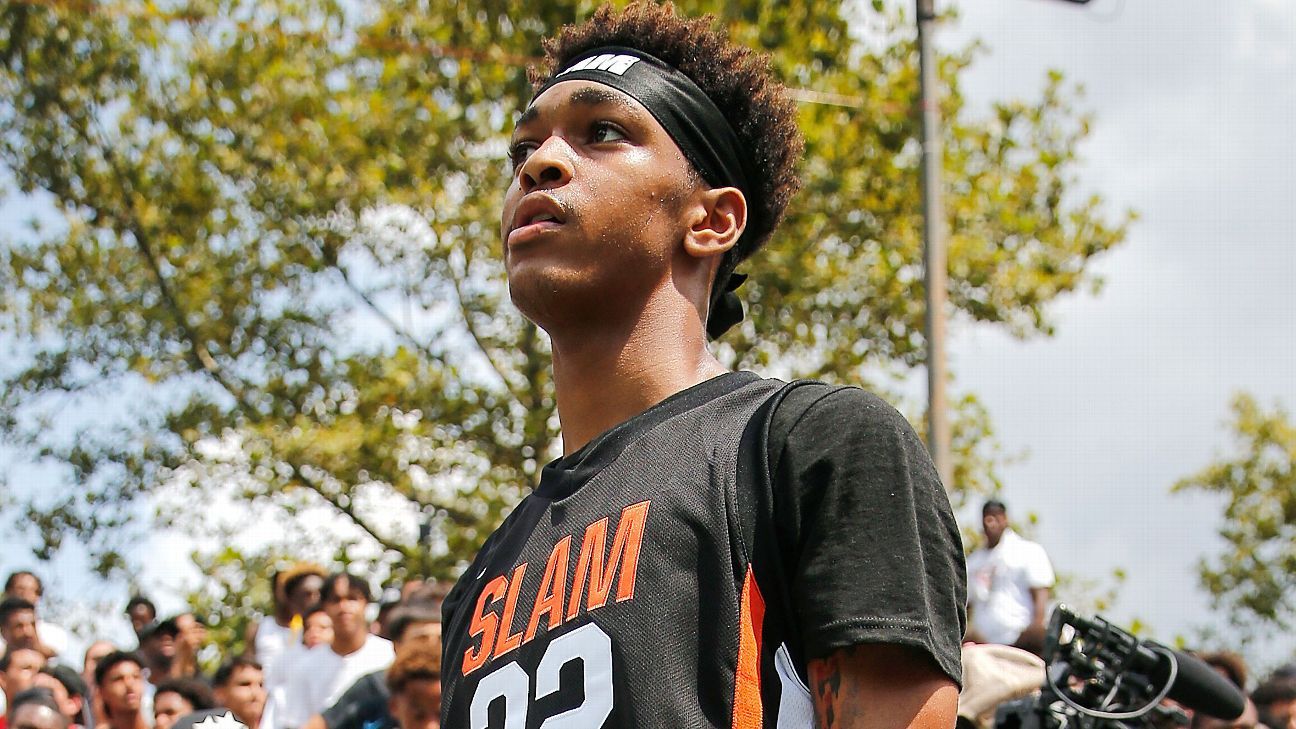 “I decided to commit to Oregon because of the great relationships I have built with the coaching staff,” Johnson said. “Coach Crutchfield and Coach Altman welcomed me with open arms from day one. We were able to get on the same page quickly as they have built a great plan for me to succeed.”

Johnson is the No. 15-ranked player in ESPN’s 2022 high school class, but is ranked as high as the No. 3 overall recruit in the class by some services. Johnson is the first player committed to Oregon in the 2022 class and one of only a handful of five-star recruits to select a college at this stage.

“I wanted to commit now because I felt like Oregon was the place for me. I am a person who is big on relationships and trust. The relationship I have been able to establish with Coach Altman is special and being that he is a legendary coach, I feel that learning from him on a daily basis on and off the court will be huge for my development. He is a Coach that will push you every day to be great and that is something I like. I also felt that it was important for me to build an early bond with my future teammates and have the ability to recruit other guys to come play with me.”

Johnson grew up in Saugerties, New York, rising to national prominence as a seventh grader due to his significant scoring exploits and highlight reel style of play. He’s bounced around the country since, attending powerhouse basketball programs Findlay Prep, IMG and Oak Hill Academy before spending the past two years in Southern California at Mayfair and then Centennial high school. He committed to play at Syracuse in February of 2020 but elected to change gears after nine months and reopened his recruitment. Johnson, who is currently undecided regarding where to spend his senior year before enrolling at Oregon, says the notoriety he gained from an early age played a role in the lack of stability he’s projected with his constant movement.

“In the past, I was immature with some of the decisions I have made being that everything surrounding basketball started to happen at a very young age for me. That came with me not embracing the right guidance and not understanding how certain decisions can affect my future. However, I have grown from these situations spiritually and my relationship with God has been strengthened. I have been introduced to great people and have had great coaches within my journey that I am very thankful for. I am glad that I went through those situations early on as now I understand the process in decision making and can continue to pass along the information to help the next generation not have to deal with the downfalls I’ve experienced.”

Johnson is considered one of the best NBA prospects in the class due to his electrifying combination of ball-handling, passing and overall scoring prowess. His natural talent with the ball in his hands and ability to get anywhere he wants on the floor with his unique pace has earned him a significant following from a young age, with 569,000 followers on instagram alone.

After missing on significant exposure over the past year due to travel restrictions caused by the pandemic, has two years to continue to build his candidacy as a potential lottery pick in the 2023 draft starting at the Nike EYBL Peach Jam in Augusta, Georgia next month. The event will be open to NBA scouts for the first time since the abolishment of the age limit in 2006. He’ll also have opportunities to attend the high school all-star events in the spring, which should continue next April after taking a two-year hiatus, prior to enrolling in Eugene.

“My game plan is to continue to put God at the forefront of my life. Throughout my experiences I remained faithful that he has a plan for me. Remain focused on my craft and stay in the gym every single day. I want to improve my body and put myself in the best shape possible. I will keep growing as a leader on and off the floor to the guys both older and younger than myself. I will continue being a great teammate and locker room guy because my main objective is to always bring everyone together and to make everyone around me feel comfortable at all times. I also want to keep inspiring everyone throughout my journey; giving them hope that anything is possible as long as you continue to be a great person and work hard on your craft.”

Jonathan Givony is an NBA Draft expert and the founder and co-owner of DraftExpress.com, a private scouting and analytics service utilized by NBA, NCAA and International teams.

Pac-12 not seeking new schools, but would listen