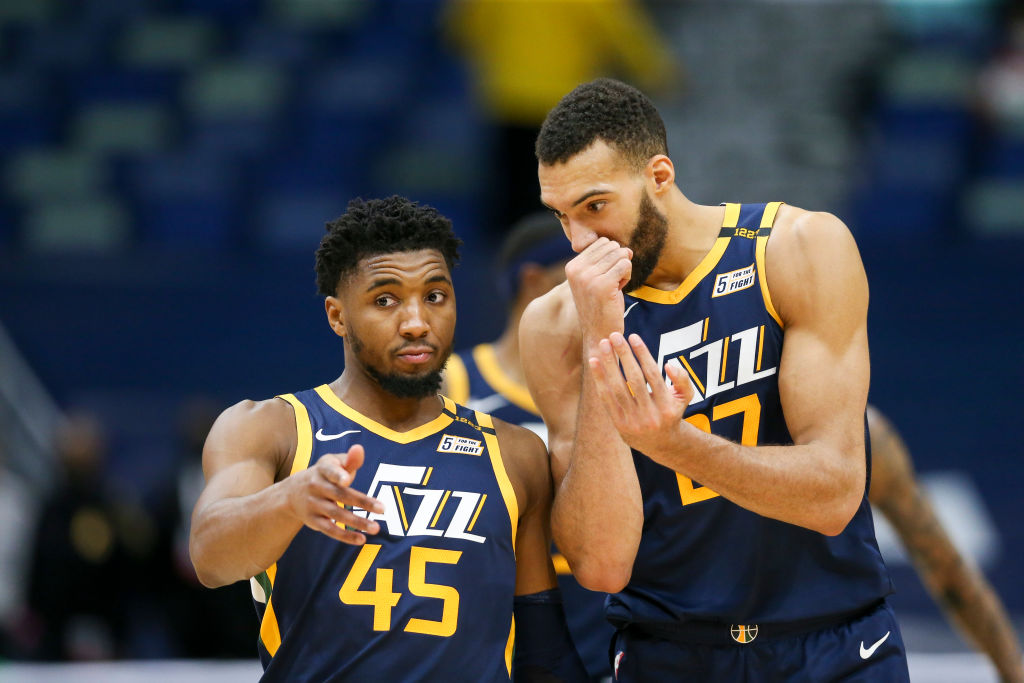 Are the Utah Jazz getting enough recognition for having the best record in the NBA at 27-8? Jordan Clarkson doesn’t think so.

With how good they’ve been, there doesn’t appear to be any buzz around the League for either of their stars to be in the MVP race. In an interview with Chris Haynes of Yahoo Sports, Clarkson expressed his opinion that both Rudy Gobert and Donovan Mitchell should be in the conversation for MVP.

“Donovan, Rudy, both of these guys are impact players and superstars. I don’t see why they wouldn’t be in the conversation.”

Gobert and Mitchell have been exceptional. When it comes to anchoring their defense, Gobert has once again been the key driver for their success on that end of the floor. At this point in the season, he’s averaging 2.8 blocks per game to go along with 14.2 points and 13.2 rebounds per contest.

Mitchell is unstoppable on the offensive end of the floor. He’s averaging 24.4 points and 5.4 assists per game while shooting .380 from deep on 8.6 attempts per contest. The Jazz have an offensive rating of 117.0 this season, good for third in the league, behind Mitchell as their primary scorer.

While there are many superstars who deserve to be in the MVP race, perhaps Clarkson has a point about Mitchell and Gobert. Historically, the NBA Most Valuable Player has been on one of the better teams in the league that season. With the highest net rating in the league as well as the best record, Rudy Gobert and Donovan Mitchell deserve more credit.