KAT: ‘Emotional’ having dad at game without mom 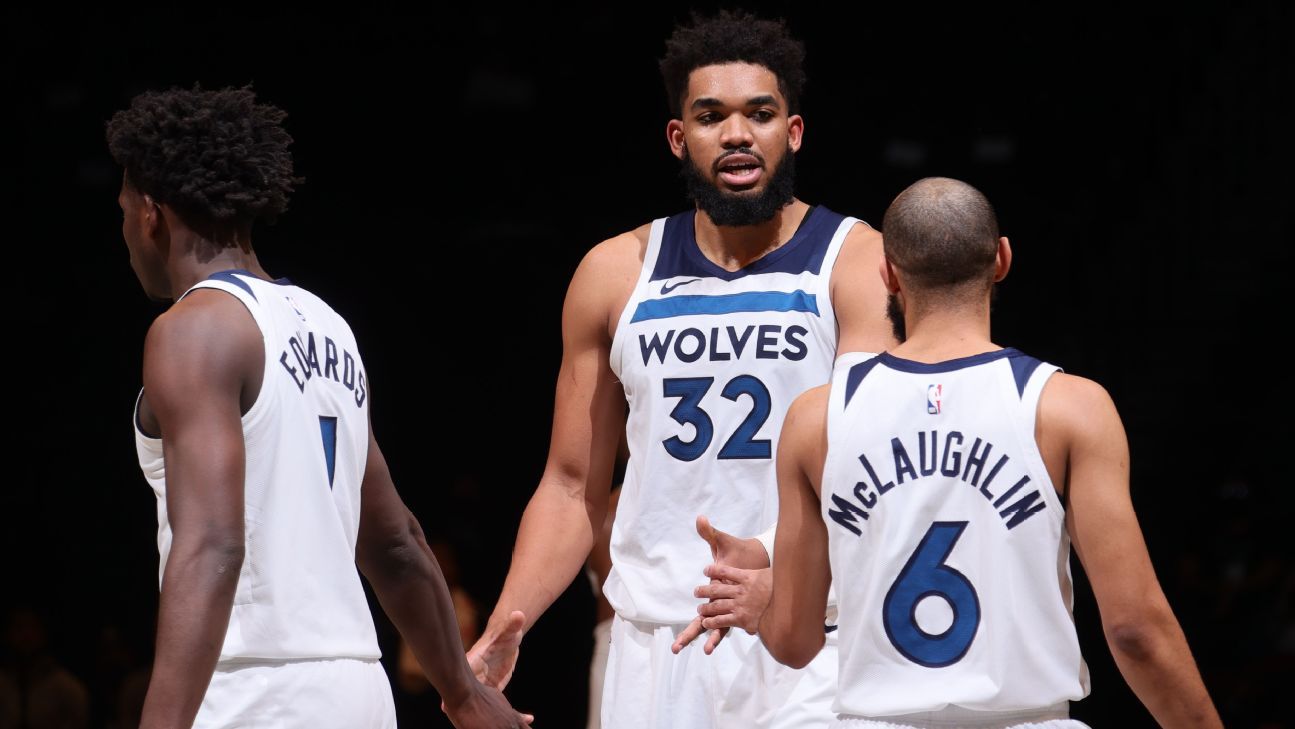 NEW YORK — Before the Minnesota Timberwolves tipped off against the Brooklyn Nets on Monday night, Karl-Anthony Towns jogged over to the stands and reached out to grasp hands with a fan in a white No. 32 jersey that said “Towns” on the back. The fan was Karl-Anthony’s father, Karl Towns Sr.

The game, which the Timberwolves lost 112-107, was the first Towns Sr. had attended since his wife, Jackie Cruz-Towns, died from complications of COVID-19 on April 13, 2020.

After the game, Towns said his father being there meant “everything” to him.

“He understood how upset I was after the loss,” Towns said. “But he came to me, and he told me something I don’t know if he should’ve told me. It got me a little emotional. He told me my mom would’ve been proud with how I played tonight.”

Towns Sr. was one of the first fans in Barclays Center on Monday. He walked down the steps toward the court and smiled and waved as his son went through layup lines, snapping photos and videos.

“Me and my dad got emotional before the game,” Towns said. “Because he made his presence known. It affected me because my mom always did that.”

Cruz-Towns had been a constant presence at Timberwolves games. She would often sit near the court, visit with opposing players she had gotten to know over the years, and was known for loudly and excitedly cheering on her son.

“My mom would be the one to go at the stanchion,” Towns said Monday, “or be there and wave at me until I said hi to her or came and hugged her.”

Towns shared that his mother was in a medically induced coma and had been placed on a ventilator due to the virus on March 25, 2020. Towns Sr. had also been diagnosed with coronavirus, had been hospitalized and recovered. Cruz-Towns was 58 when she died.

Towns, who grew up in New Jersey, had roughly a dozen family members in attendance at Monday’s game to support him.

“It was really the first time having family watch me playing in person,” Towns said. “And it’s crazy seeing my dad, I’m like, ‘Where’s my mom?’ She’s gonna come and obviously, she’s not gonna show up. That affected me, but I go out there and play the best I can for this team.”

Towns finished with 31 points, 12 rebounds and 5 assists, including key points down the stretch to help the Wolves claw back from a double-digit deficit. Afterward, he stayed and played tag with his niece and nephew on the court as Barclays Center employees turned the lights out.

“It’s emotional,” Towns Sr. told ESPN. “I’m glad to be back supporting him. It’s what she would’ve wanted, too.”