Kevin Durant Out Indefinitely Due to Thigh Contusion 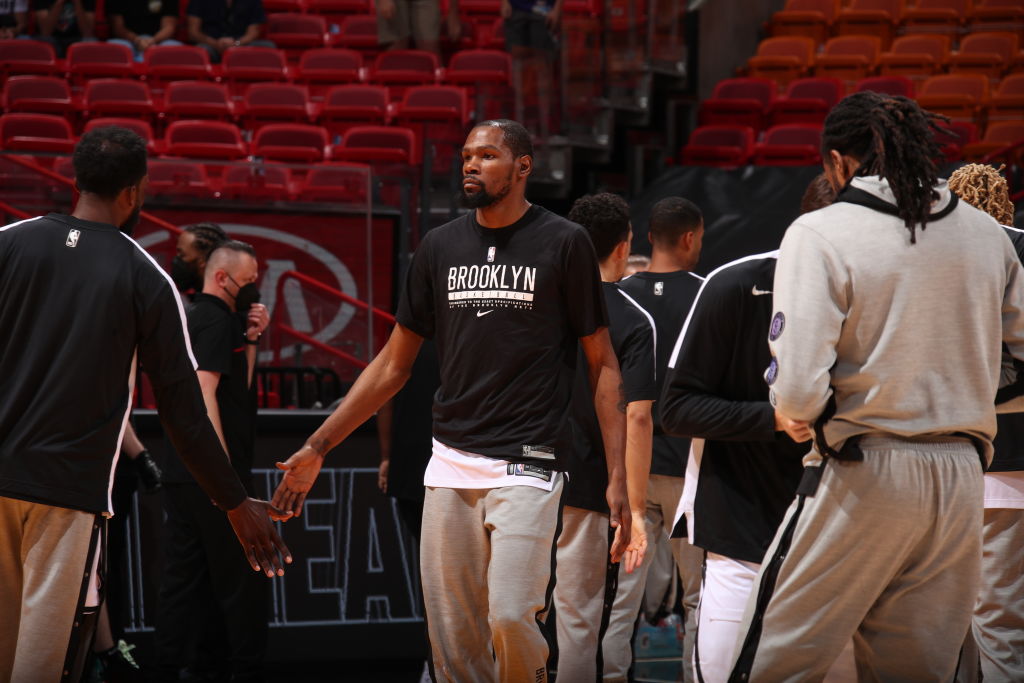 The Brooklyn Nets, and Kevin Durant, once again find themselves getting plagued by injuries.

Durant was forced to leave Sunday’s game against the Miami Heat, with what the team is calling a left thigh contusion.

The play happened early in the the Nets’ quarter, as Durant was driving to the basket and on a roll, scoring Brooklyn’s first eight points. KD appeared to get tangled with Heat forward Trevor Ariza as he attempted a layup.

The injury would end up sidelining him for the rest of the game, and Brooklyn would later announce that the star forward had suffered a thigh contusion.

After the game, Nets coach Steve Nash would go on to say Durant would be re-evaluated to determine the status and whether any further testing is needed.

“He’s sore,” Nash told reporters following the game (h/t ESPN’s Malika Andrews). “But we don’t know how severe. We’ll see tomorrow how he wakes up and go from there.”

The team is hoping, it’ll be day-day, as Durant had returned to the lineup just last week, after missing close to two months with a hamstring injury. Brooklyn has already listed Durant as out for Tuesday’s contest against the New Orleans Pelicans.

The Nets are also currently without All-Star guard James Harden, who has been sidelined for the last five games with a right hamstring strain.

It’s been tough for the three stars to establish a rhythm together as injuries have been a problem, and Brooklyn’s superstar trio of KD, Harden, and Kyrie Irving have only played in seven games together thus far.