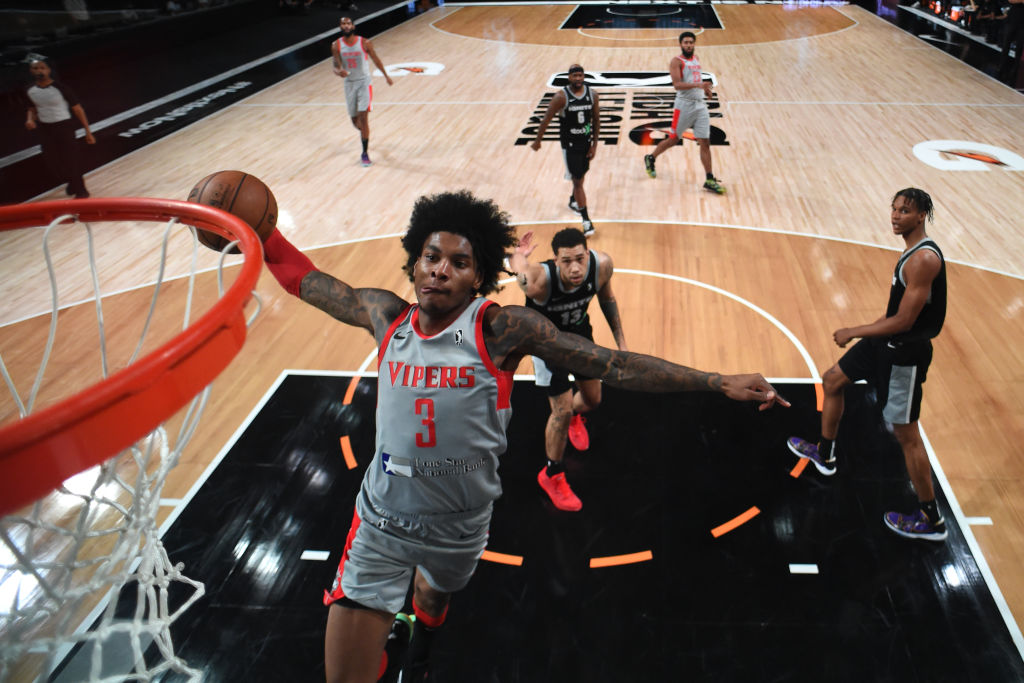 The Cleveland Cavaliers have decided to part ways with Kevin Porter Jr. and traded him to the Houston Rockets. Once that transaction went through, the Rockets decided to send Porter Jr. to the G League bubble to get reps and prepare for a return to the NBA.

As first reported by Shams Charania of The Athletic, Houston recalled Porter Jr. at the close of the G League regular season. In 15 games with the Rio Grande Valley Vipers, he averaged 24.1 points, 7.3 assists, and 6.4 rebounds per game and was one of the most impressive players in the entire bubble.

Rockets General Manager Rafael Stone told Mark Berman of Fox 26 in Houston and other members of the media that this was always the plan for Porter Jr. upon acquiring him.

“When we acquired him we laid out that we wanted him to play through the break, which he’s done. We had very specific goals in mind for how we wanted him to play, what we wanted him to try and achieve. We’re extraordinarily happy with him. He did all of that. Part of the plan was for him to rejoin the team post break. We’re going to be able to have one practice. Practice time in the NBA is extraordinarily limited. So he’ll be able to practice with the team and join us. He’s a very young player. He’s a very talented player and hopefully he can contribute.”

The Houston Rockets have lost 13 straight games prior to the NBA All-Star break. With Christian Wood set to return in the near future as well as Kevin Porter Jr. expected to join the team this week, the Rockets will look to get things back on track for the second half of the season.