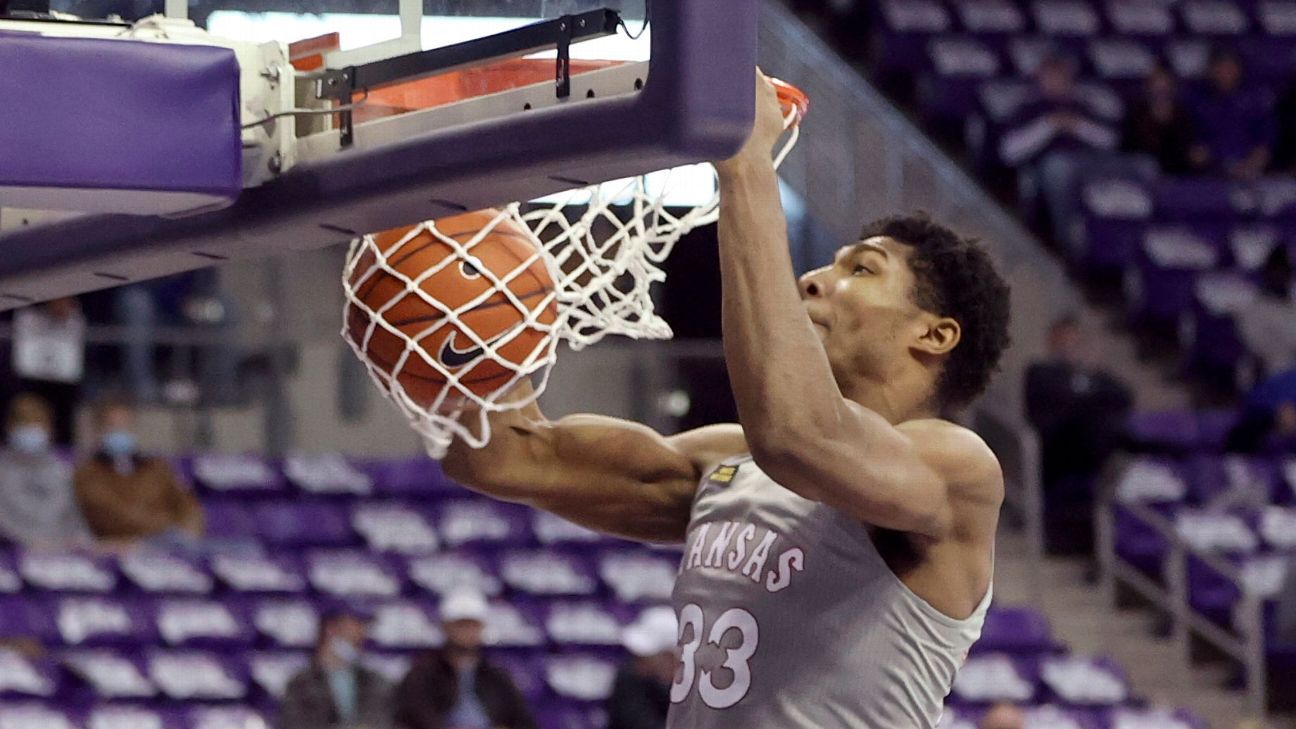 Self believes both players will be back for the NCAA tournament, and he indicated the rest of the roster would be able to suit up for the conference tournament this week in Kansas City, Missouri. It’s unclear whether either player tested positive for the virus.

Kansas, which earned the No. 2 seed in the Big 12 tournament, will play the winner of Oklahoma-Iowa State in the quarterfinals on Thursday.

“It does change a lot,” Self said, “because as you guys know, we’ve actually gotten better playing through David the second half of the season, and he’s had a really good last 10 to 15 games. He’s been really good for us. So that’s different.

McCormack, a 6-foot-10 junior center, has been one of the breakout performers of the season in the Big 12. He’s averaging 13.4 points and 6.1 rebounds on the season but was dominant for stretches toward the end of the regular season. In his last 12 games of the season, McCormack averaged 15.8 points and 5.8 rebounds and shot 56.9% from the field.

Enaruna, a 6-8 sophomore forward, averaged 2.8 points in 24 games off the bench.

With less than two weeks until the first round of the NCAA tournament and less than one week until teams travel to Indianapolis, programs are taking every precaution to avoid positive COVID-19 tests. The NCAA announced in January that all Tier 1 travel party participants — which includes student-athletes, coaches, trainers, physical therapists, medical and equipment staff, and officials — have to show seven consecutive negative COVID-19 tests before arriving in Indianapolis.

Kansas avoided the long COVID-19-related pauses that impacted more than 100 teams this season, even finishing its entire Big 12 schedule with a week left in the season.

“My guys and our entire staff, they’ve done an unbelievable job,” Self told ESPN’s Myron Medcalf last week. “So much of this is good fortune, maybe luck. Our guys did a good job putting them in a position to maybe play the percentages. … That could all change next week. Our guys have hung in there pretty good.”