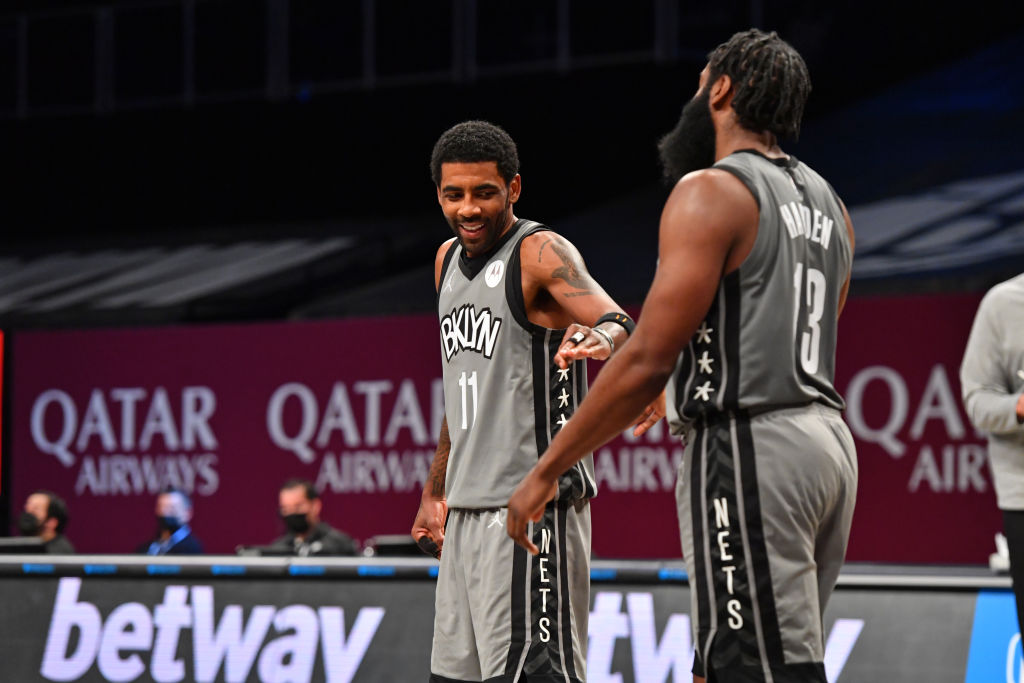 With their superstar trio of Kevin Durant, James Harden, and Kyrie Irving, the Brooklyn Nets might be the most talented team in the NBA. However, their play thus far has resulted in a 17-12 record. Still, they’re currently ranked third in the East.

One of their biggest issues has been figuring things out situationally, including different roles these three will play. Late last week, Irving spoke to ESPN’s Malika Andrews and others about how he and Harden decided who would play what position going forward.

“I just looked at [Harden], I said, ‘You’re the point guard, and I’m gonna play shooting guard.’ That was as simple as that.”

When it comes to running offensive sets and determining who will have the ball in their hands to facilitate most, Harden will take on those duties. Irving is having a great year in the scoring column, so playing off the ball more makes sense too.

For a Brooklyn Nets team that is still looking to mesh and figure things out, this could be the first step in the right direction.