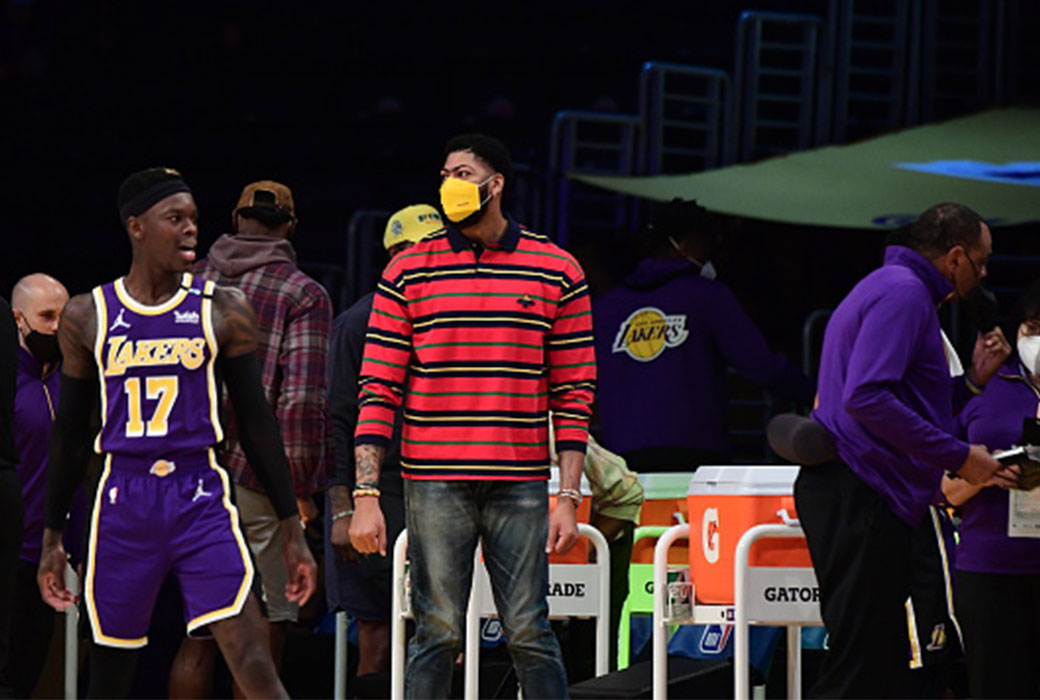 Anthony Davis was finally cleared for participation in on-court activities which is one step closer to finalizing his return to game action. Davis sat out the Laker’s loss to Boston and, according to Vogel, it is “unlikely” that he’ll suit up in the two-game back-to-back series against the Utah Jazz.

Frank Vogel discusses all the #Lakers injury updates ahead of tonight’s game including Anthony Davis being cleared for “full on-court activity” with @LakersReporter. pic.twitter.com/ZxX3sCr5TC

Vogel also made it clear that Davis’ minutes will be restricted to 15 minutes despite the injury problems throughout the roster. The workload will be closely monitored before playing the 30 minutes AD was used to prior to being sidelined with Achilles tendinosis on Feb. 14 against the Denver Nuggets.

“Whenever it is that he returns, it’s not going to be a full return to playing 30-something minutes a night,” Vogel said. “Especially with the nature of practice and how shorthanded we are, he’s going to have to use some games to try to get himself back in shape. So the first two games he’s back will likely be short-minute performances.”

Including the 121-113 loss to the Celtics on Thursday, the Lakers now have a record of 13-15 in the 28 games Davis missed. Since that time, the Lakers have fallen from the second seed to fifth in the Western Conference playoff standings.