LeBron James: Devin Booker ‘the Most Disrespected Player in Our League’ 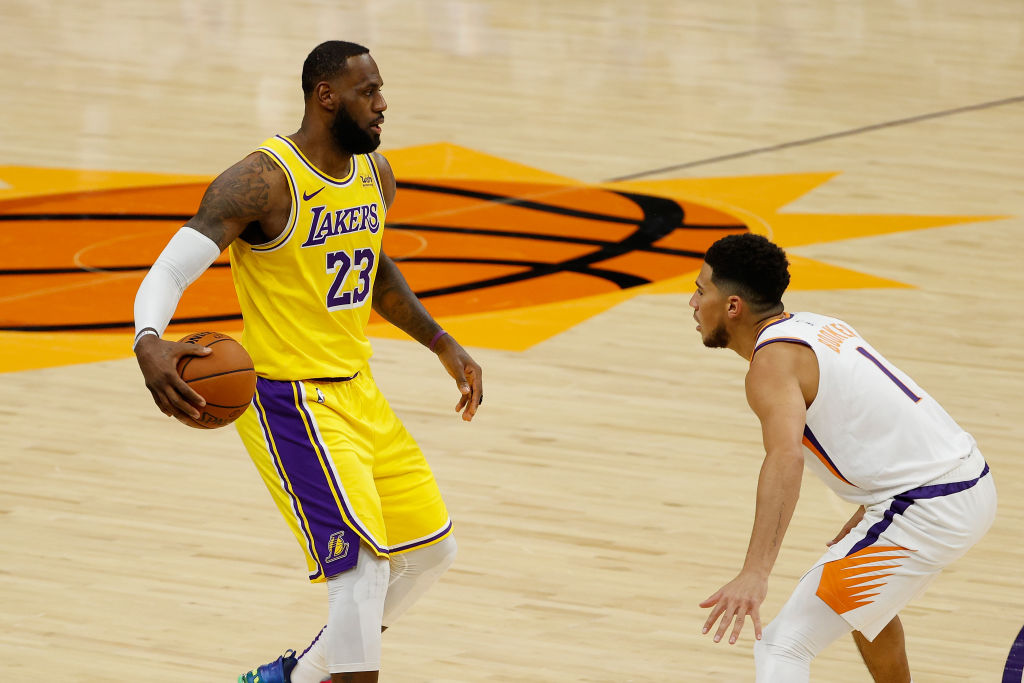 Los Angeles Lakers superstar LeBron James is rarely the one to mince words and once the 2021 All-Star Game reserves were announced, King James was quick to hold court on Twitter, voicing his displeasure with Phoenix Suns star Devin Booker being left off the list.

Based on the how many people have liked his tweet over the last 24 hours (more than 300,000), James — who will be making his 17th All-Star Game appearance in March — is far from alone in that estimation.

Ironically, it may have been one of his best friends and Booker’s teammates — Suns veteran floor general Chris Paul — who took the high-octane scorer’s spot amongst the All-Star reserves.

Paul would eventually comment on the matter, admitting that his selection for the 2021 All-Star Game was “probably the most bittersweet of them all [because] Book is All-Star.

Booker is currently averaging an efficient 24.7 points and 4.3 assists per game, while the Suns have a 20-10 record and the fourth-best record in the Western Conference. He was named as an All-Star in the 2019-20 season only after an injury forced Portland Trail Blazers star Damian Lillard to miss the 2020 All-Star Game and he served as a replacement.

Subsequently, there’s been four consecutive seasons that Booker averaged at least 24.0 points per game but wasn’t voted in as an All-Star selection, the most in league history.

Now 24-years-old, Booker is in his sixth NBA season. Becoming a full-time starter midway through his rookie season, the former lottery pick has averaged more than 20.0 points per game in every season since.