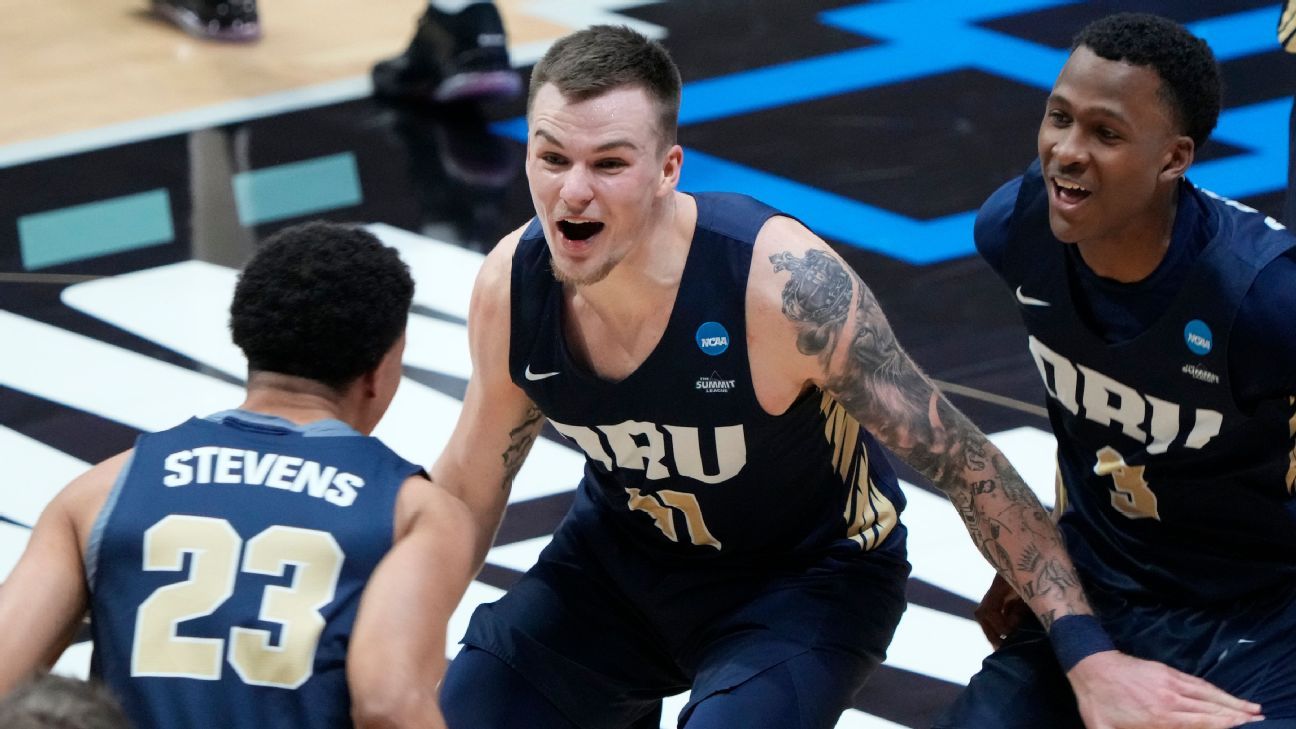 And with it came the return of “bracket busters” — the annual quest for perfect prognostication that inevitably goes awry and results in the hypothetical — or literal, for some — shredding of brackets.

There were 14.7 million brackets entered in ESPN’s Tournament Challenge prior to the start of the NCAA tournament. After just 16 games, only 108 remain unblemished.

The first big hit came with No. 15 Oral Roberts‘ stunning upset of No. 2 Ohio State, as a whopping 13,992,289 brackets (95.2%) had the Buckeyes advancing to the second round. In fact, the Buckeyes were the sixth-most pick among ESPN’s brackets to cut down the nets as champions.

For those fortunate enough to pick Oral Roberts, many doubled down — with 272,122 brackets having the Golden Eagles advancing to the Sweet 16.

The next huge hit to the bracket pool was provided by No. 13 North Texas, which took down No. 4 Purdue. Only 12.5% of all entries picked the Mean Green to advance, and nearly half of all brackets (49.7%) had the Boilermakers reaching the Sweet 16.

The final upset came with Syracuse knocking off No. 6 San Diego State, though Tournament Challenge players weren’t too surprised as 41.8% of entries picked Syracuse to advance to the second round, the highest percentage amongst 11-seeds. For those picking San Diego State, however, the loss really stings as 23.5% of those brackets had the Aztecs reaching the Sweet 16.

For 108 entrants, the quest for perfection continues Saturday.