Melo among 5 up for NBA’s social justice award 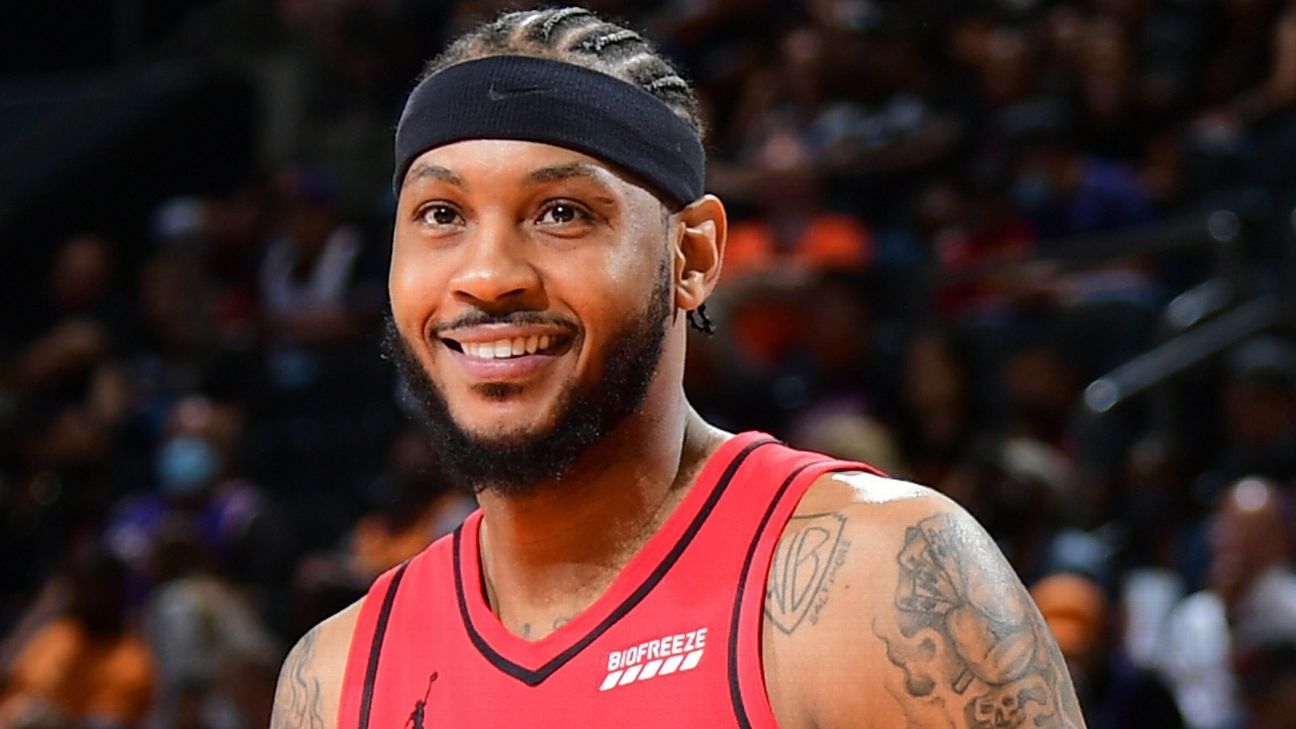 The award, named after Kareem Abdul-Jabbar, the league’s all-time leading scorer, is given to the player who best embodies Abdul-Jabbar’s message of civil rights, Black empowerment and racial equality.

The five finalists, whittled down from an original list of 30 nominees, one from each team, are in consideration for a $100,000 award that the league will donate to a social justice-focused organization of the winner’s choosing. The four other finalists will receive $25,000 donations.

Anthony, alongside Phoenix Suns guard Chris Paul and former NBA guard Dwyane Wade, created the Social Change Fund in July 2020. The fund is an investment organization that strives to address the social and economic issues facing Black communities, including voting, housing and education. He also established the STAYME7O Propel Program and Creative 7, initiatives focused on content creation, fashion, art and design. Anthony is also a board member of the National Basketball Social Justice Coalition. His designated organization is the Portland Art Museum’s Black Arts and Experiences Initiative.

During the run-up to the 2020 presidential election, Barnes worked with Be.Woke.Vote, a get-out-the-vote campaign aimed at historically disenfranchised young people. While in last season’s bubble, Barnes pledged $200,000 to organizations and foundations that combat police brutality and racial inequality, including the family foundations of slain Black men and boys, including Trayvon Martin, Botham Jean, Michael Brown, Tamir Rice and Jordan Davis. The ninth-year forward also advocates for financial literacy, partnering with a Black-owned finance app and opening savings accounts for 500 students in Dallas and Sacramento, California. Barnes’ organization is the Center for Policing Equity.

Holiday, who won the league’s Joe Dumars Trophy for sportsmanship last week, established the Jrue and Lauren Holiday Social Impact Fund, along with his wife, who is a former United States women’s national soccer team midfielder, last summer in response to the COVID-19 pandemic and global anti-racism protests after the murder of George Floyd. The fund provided grants to 50 Black-owned businesses and Black-led organizations in the New Orleans, Indianapolis and Los Angeles areas in November. His organization is the EXPO of Wisconsin.

Toscano-Anderson, an Oakland native, established the Journey to Achieve Foundation to help people of color in the Bay Area, Santa Cruz, California, and Mexico. The second-year forward, whose mother is Mexican and father is Black, took part in the Warriors’ Voters Win campaign during the 2020 election, emphasizing voting for Black and Latino communities. Toscano-Anderson’s organization is Homies Empowerment.

The finalists were selected by a panel comprising Abdul-Jabbar; Dr. Richard Lapchick, the director of The Institute for Diversity and Ethics in Sport; Marc Morial, president and CEO of the National Urban League; Janet Murguía, president and CEO of UnidosUS; Amanda Nguyen, founder and CEO of Rise; NBA deputy commissioner Mark Tatum; and Teyonna Lofton, a student activist from Chicago.

The winner of the award will be announced before Game 4 of the Eastern Conference finals.