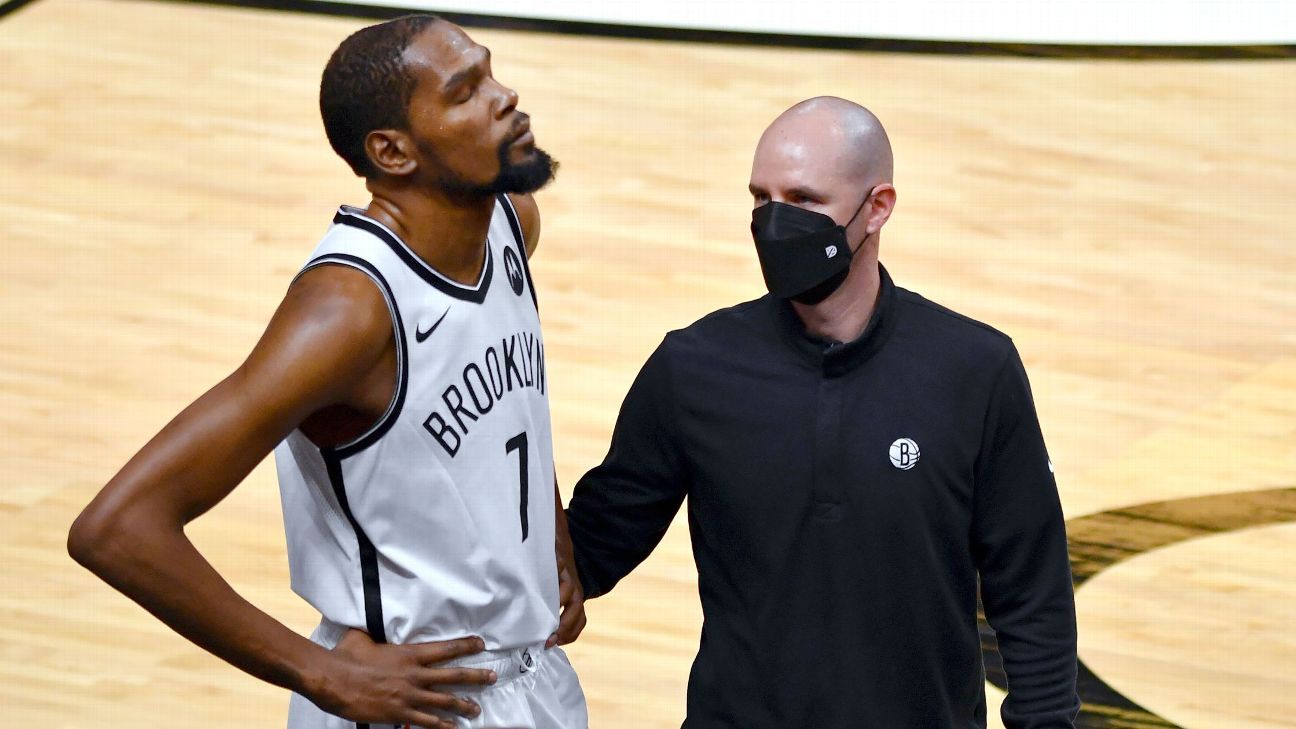 After missing the Brooklyn Nets‘ past three games with a left thigh contusion, Kevin Durant is probable to return Sunday against the Phoenix Suns.

Durant injured himself early in the first quarter of the Nets game against the Miami Heat last weekend. Durant was driving toward the basket when he collided with Trevor Ariza. Afterward, the team deemed that his status was day-to-day. Durant remained on the Nets’ road trip to New Orleans and Tampa and continued to get treatment on his thigh.

Durant’s return puts the Nets one step closer to having a full, healthy roster. Tyler Johnson, who has been out since early April with knee soreness, also is listed as probable to return.

Brooklyn remains with James Harden — who experienced a setback in his hamstring strain rehabilitation last week and now is out indefinitely. The team also is missing Nic Claxton, who had emerged as a key part of the Nets’ big-man rotation. Claxton has missed three games in the league’s COVID-19 health and safety protocols.