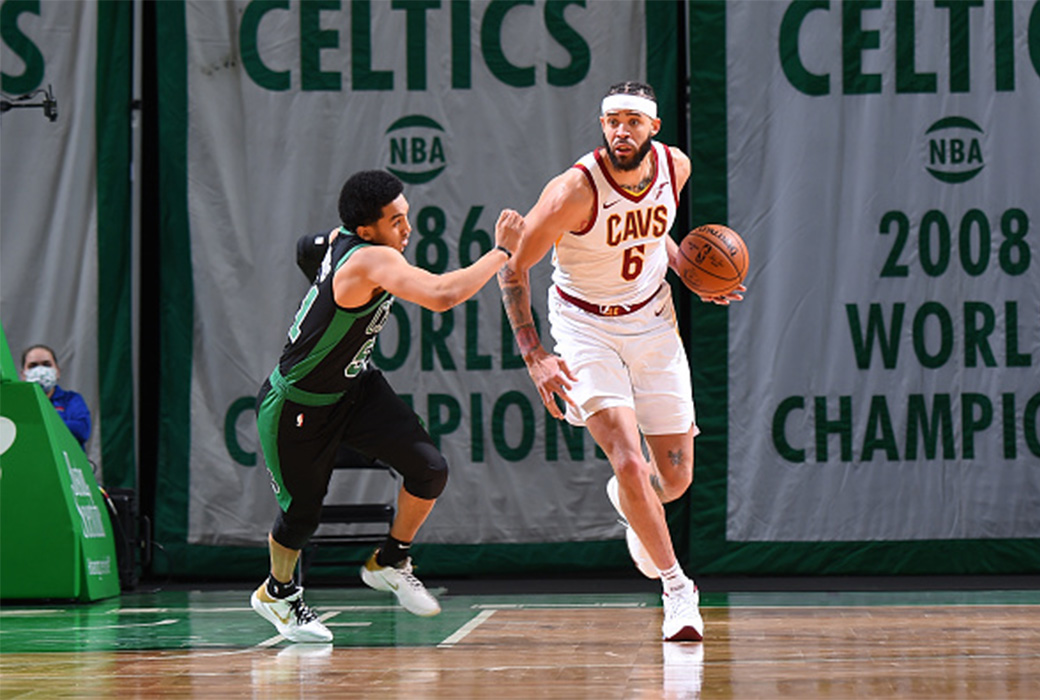 The Brooklyn Nets have already made the biggest move of the 2020-21 season thus far, adding All-Star James Harden in a four-team trade earlier this month. However, it appears that the Nets aren’t done adding to their stable of talent just yet, according to KRON4 News sports director Jason Dumas.

Per Dumas, the Nets are in active discussions to acquire Cleveland Cavaliers center, JaVale McGee. Dumas adds that Brooklyn also has an interest in stretch big Kevin Love, a five-time All-Star.

While the Nets have the most talented and decorated star trio in the NBA, their second unit has holes that both McGee and Love could help fill.

Perhaps ironically, McGee would be helping replace the shot-blocking and interior defense provided by Jarrett Allen, who the Cavaliers acquired in the trade that brought Harden to Brooklyn. Nets head coach Steve Nash has recently been critical of his team’s defense and it’s no coincidence that his comments have come so soon after Allen and forward Taurean Prince were shipped to Cleveland.

Love, an excellent defensive rebounder, would help Brooklyn defensively by limiting the number of possessions the opposing team has. Furthermore, as a career .370 percent shooter from deep, his biggest contribution could be as a 3-point shooter that plays off the dribble-drives of the Nets’ Big Three.

That said, Love is a more-than-capable three-level scorer who could help carry their second unit while talented guard Spencer Dinwiddie is out for the season with an ACL injury.

For the Cavs, trading McGee frees up a logjam at center that they’ve had since acquiring Allen. Love, though beloved in Cleveland, is past his prime but has a pricey contract that the Cavaliers have had difficulties moving.