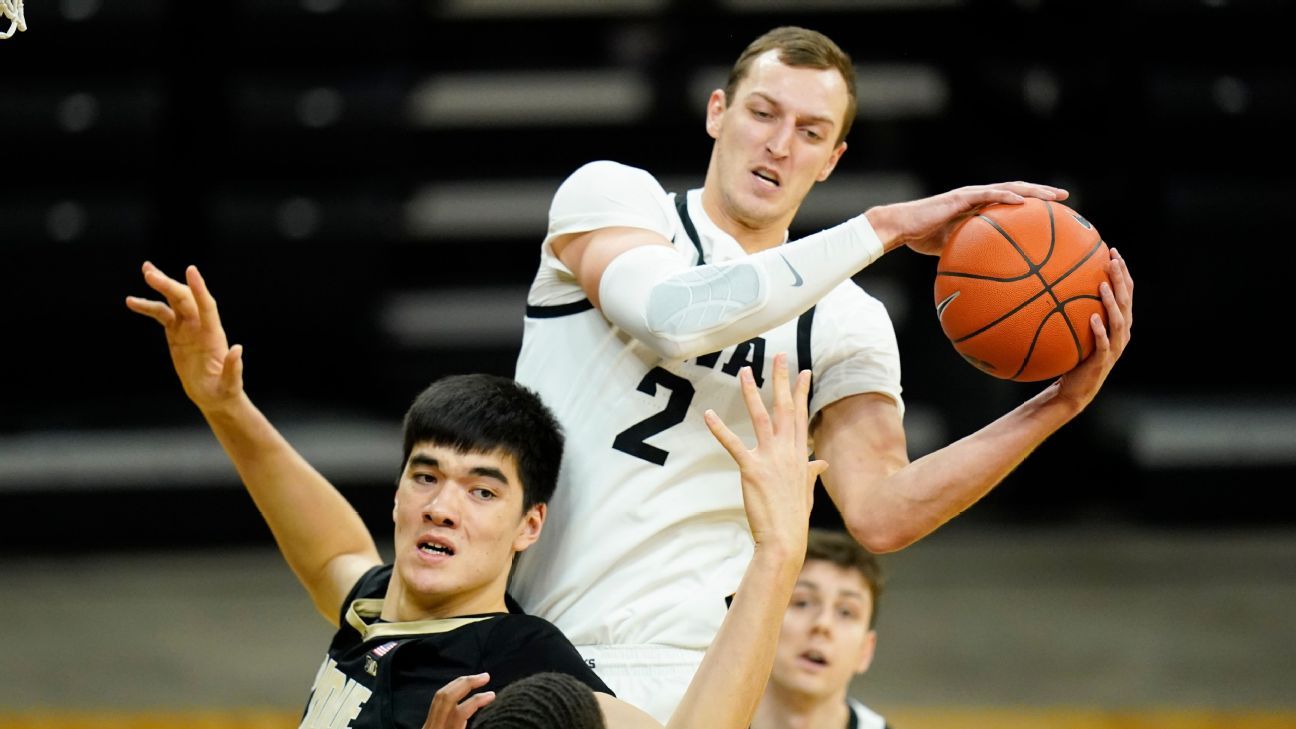 IOWA CITY, Iowa — Iowa forward Jack Nunge will miss the remainder of the season after injuring his right knee in the ninth-ranked Hawkeyes’ loss at No. 3 Michigan on Thursday.

School officials said the 6-foot-11 sophomore has a torn meniscus and is expected to undergo surgery next week. Nunge was averaging 7.1 points and 5.3 rebounds per game.

This marks the second time Nunge suffered a season-ending knee injury in just over a year. He tore the anterior cruciate ligament in the same knee on Nov. 24, 2019.

“Jack has been through so much and we all feel terrible for him,” Iowa coach Fran McCaffery said in a statement. “He was really playing well and making great strides this year before another unfortunate setback. Jack is beloved and respected by his teammates, and everyone in our program will support Jack during his recovery. We look forward to having him back on the court next season.”