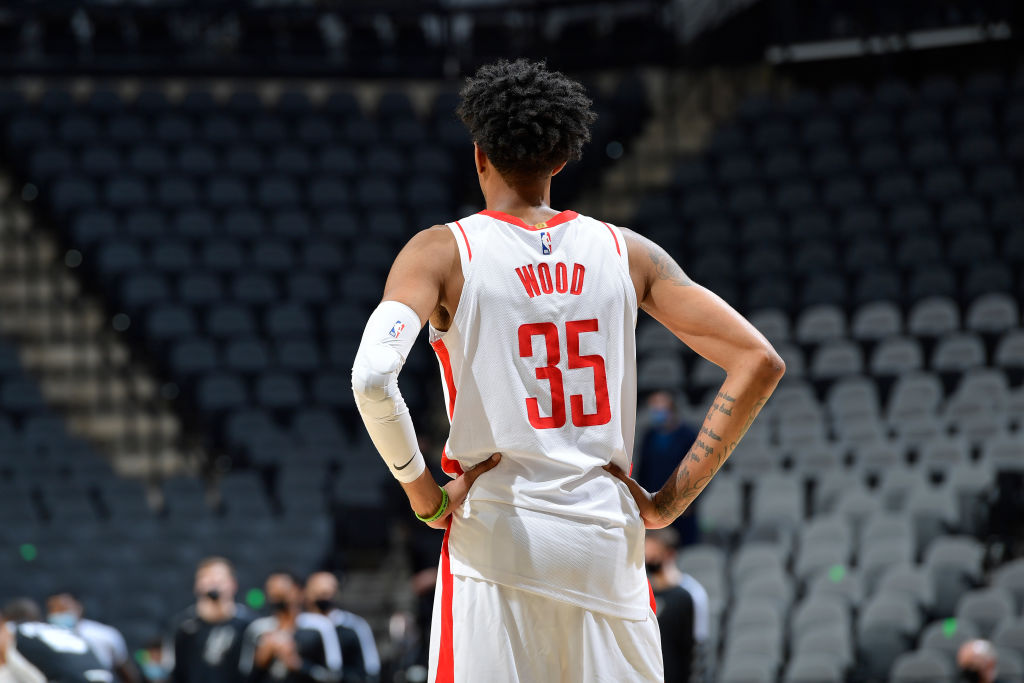 Houston Rockets big man Christian Wood has arguably been the best signing of any team from the 2020 offseason, tallying 23.5 points, 10.8 rebounds and 1.8 blocks per game while shooting .528 from the field and .362 from 3-point range, all career-highs.

Yet, nobody has been blindsided by Wood’s production, as the UNLV product was being touted as an up-and-coming player in what would be his first and last season with the Detroit Pistons.

The crazy part about it all? Wood may not have gotten a chance to prove himself in Detroit had Pistons head coach Dwane Casey listened to those who told him to stay away from Wood due to character concerns.

Cut by five teams before landing with the Pistons, there had long been questions about Wood’s professionalism and maturity.

Still, while Casey would provide the guidance and mentorship that the 25-year-old needed, the idea that Wood was “a bad guy” appears to be flawed; an exaggeration of less-than-stellar intangibles.

“Christian’s like a lot of young men in our league that just, it’s time to grow,” Casey told Omari Sankofa of the Detroit Free Press. “He’s done an excellent job with that, and I’m proud of him, even though I don’t want to play against him.“

Fortunately, Wood’s career seems to be on a steady ascent after he signed a three-year, $41 million deal with Houston in the offseason and the rocky road that led him to the Rockets is behind him.