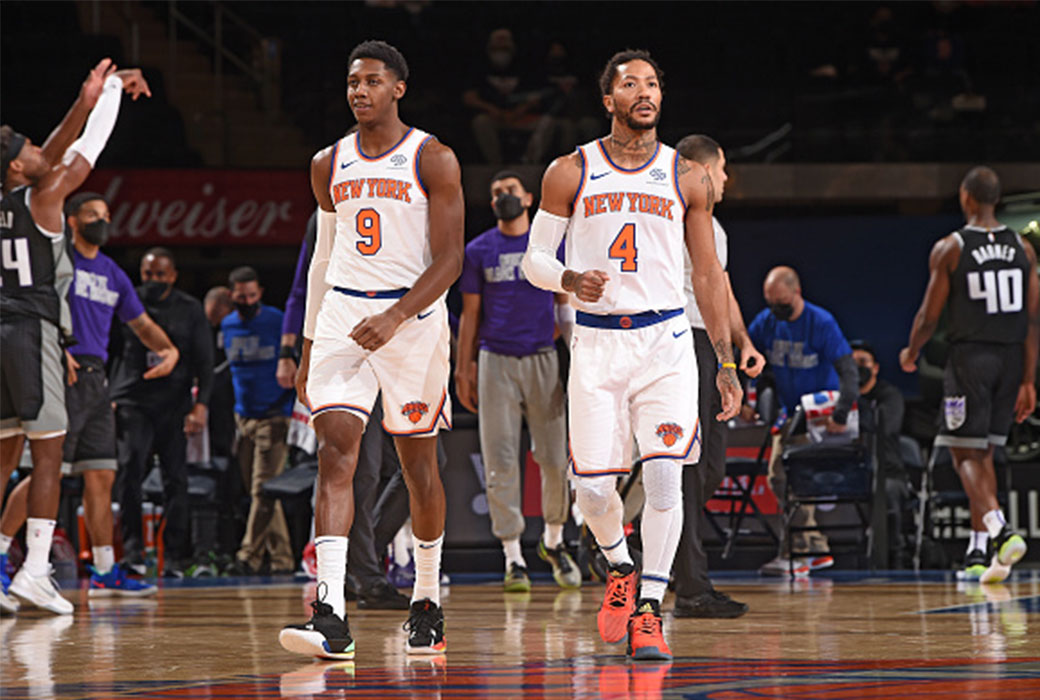 Derrick Rose has had one of the most eventful NBA careers in recent memory, and his teammates recognize the accomplishments he’s made thus far.

“To see how he’s playing now, especially the past week or so, it just shows you how great he is. This is like Year 12 for him and he’s still out there getting 20 points, 5 assists, 6 rebounds, still out there doing everything on the court. Hustling, doing everything,” Barrett told Johnson. “To see where he started and what he’s had to overcome in his career, it’s amazing.”

“He’s a pro. He loves basketball. He loves to play,” Barrett said. “He’s ready to go every day.”

Rose has had a great stretch with the Knicks this season. Since moving to New York from Detroit, Rose is averaging 14.0 points and 4.1 assists per game. He’s also led the Knicks to an 18-8 record when he plays.

Rose has had an outstanding NBA career; he was named Rookie of the Year in 2008-09, has played in three All-Star games, and was named MVP in the 2010-11 season.

The Knicks so far this season are 34-28 and are sitting fourth in the Eastern Conference.