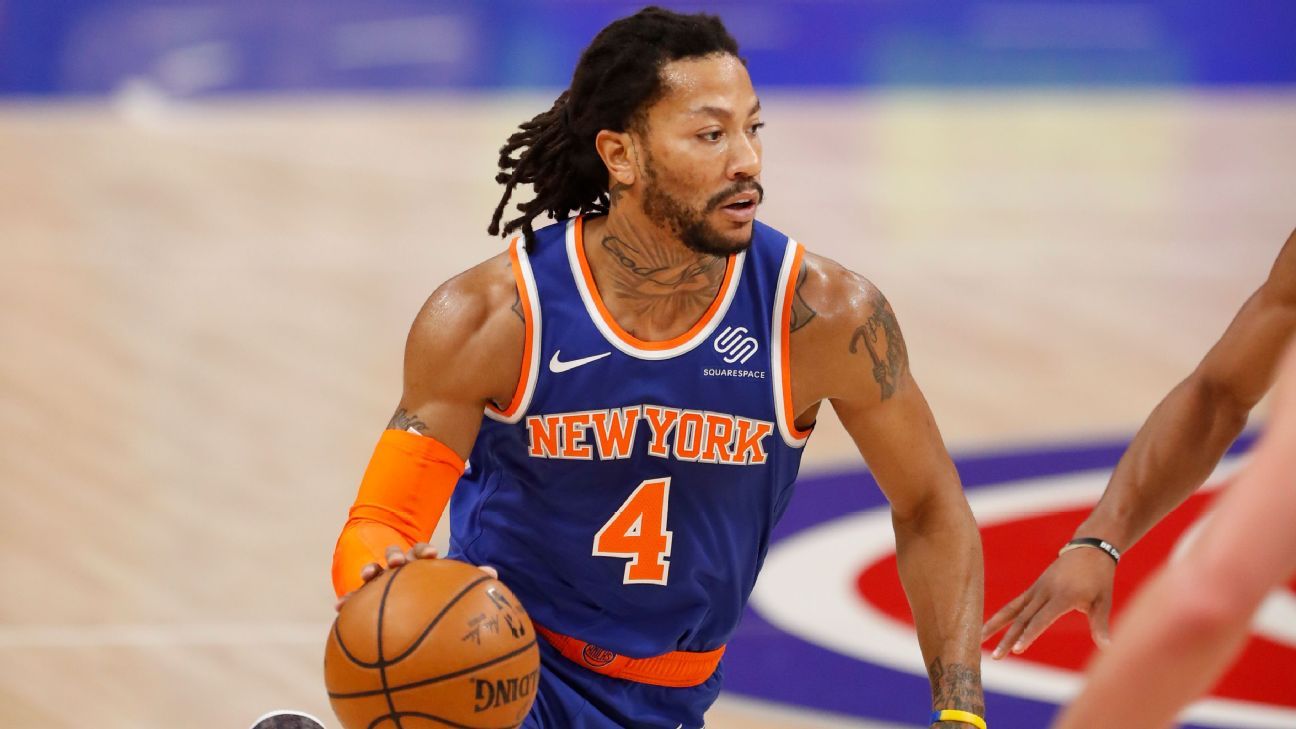 NEW YORK — Derrick Rose rejoined the New York Knicks on Monday, though it’s unclear when he will play again as he recovers from COVID-19.

Looking tired, Rose detailed his struggles Monday, saying his kids also had gotten sick and they all quarantined together.

“They say everybody is different, but with me I never felt anything like that before,” Rose said. “I’ve had the flu. It was nothing like the flu.

“It was that times 10. So like I said, I’m slowly getting back. I’m progressing every day and just trying to get back in the swing of things.”

Rose hasn’t played since Feb. 28. He missed the final two games before the All-Star break and all six games so far in the second half of the season.

The Knicks announced that he was out of the NBA’s health and safety protocols, but the point guard has to regain his strength and fitness before he can return to competition.

“He has to go through conditioning, and once he’s ready to go, we’ll move forward with it. But he’s been out for a while now, so he’s just starting to ramp it up again and we’ll see how it goes,” Knicks coach Tom Thibodeau said.

Rose missed his first game on March 2 at San Antonio. He said he became ill the next day and wasn’t even able to exercise while in quarantine at home.

Rose has averaged 12.5 points in 10 games, including three starts, since the Knicks acquired him from Detroit on Feb. 8. The move reunited the 2011 NBA MVP with Thibodeau, his coach in Chicago and in Minnesota.

The Knicks have gone 7-3 when Rose plays, winning the final three games when he was in the starting lineup.

“Getting back and playing in rhythm and trying to get myself back to where I was is going to take some time,” Rose said, “but every day I’m getting the most out of all my days, so that’s all I can do.”