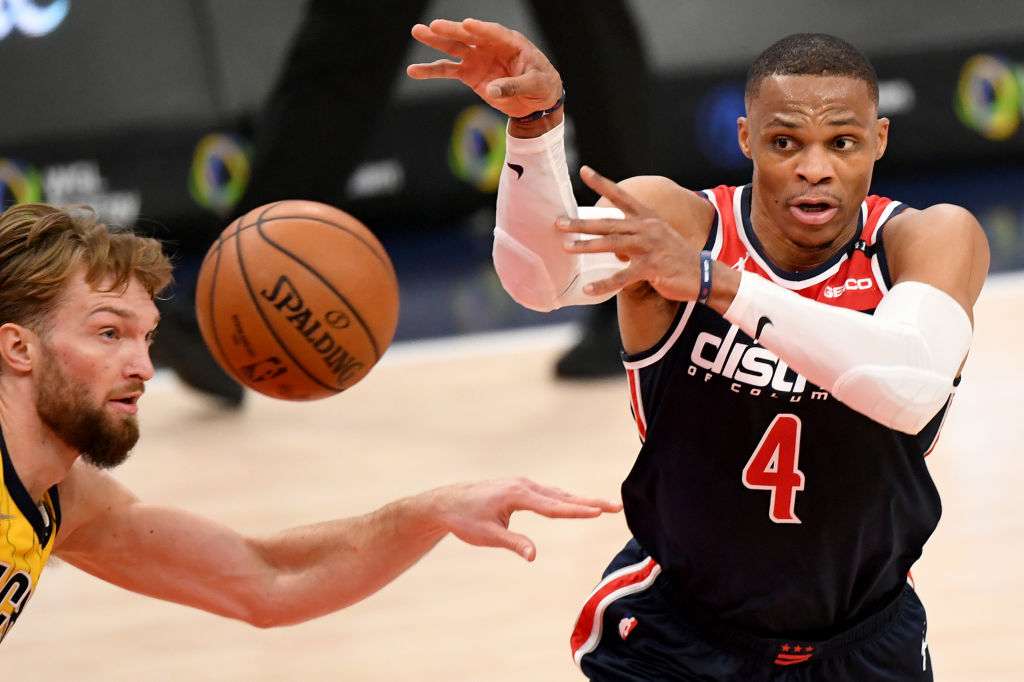 It’s already widely-accepted that the Washington Wizards guard Russell Westbrook will go down as a triple-double legend among the great players to play in the NBA and last night’s game against the Indiana Pacers only served to further confirm his historical standing.

In a 134-132 victory over the Pacers, the nine-time All-Star logged his 162nd triple-double, which was also his 16th triple-double with the Wizards in 38 career games with the franchise (per NBA.com’s News Services)

With his performance of Monday night, Westbrook now leads in franchise history with the most triple-doubles, eclipsing former guard Darrell Walker (who set the former record after playing 283 games with the Wizards).

Hired to be the Oklahoma City Thunder’s head coach the year that the Thunder drafted the UCLA standout with the fourth overall pick, Wizards head coach Scott Brooks is no stranger to Westbrook’s dominance and dedication to the game:

“He does things that I’ve never seen,” Wizards coach Scott Brooks said of Westbrook, whom he also previously coached in Oklahoma City. “He’s a winner, man. He fights. He’s not perfect, and a lot of times the geniuses want to look at the things that he doesn’t do well. But sometimes they forget about the other things that he does well.”

Westbrook’s eye-popping numbers on Monday included marks of 35 points, 14 rebounds and a career-high 21 assists, making him just the third player in NBA history to record at least 30 points, 10 rebounds and 20 assists in a game. Brodie joins elite company with his latest statistical anomaly, joining Hall of Fame point guards Oscar Robertson (32-15-20) and Magic Johnson (32-11-20) as the only players to accomplish the feat.

Although Westbrook has been a tremendous player throughout the course of his career and mastered the art of the triple-double, he still remains humble about his gift:

““I don’t deserve the credit, honestly,” Westbrook said of the feat. “I always give credit to the man above for blessing me with the ability to play, and along those lines, I have so many great coaches and teammates that make my job easy and help me out. Assists don’t happen. I can’t make the shots.”