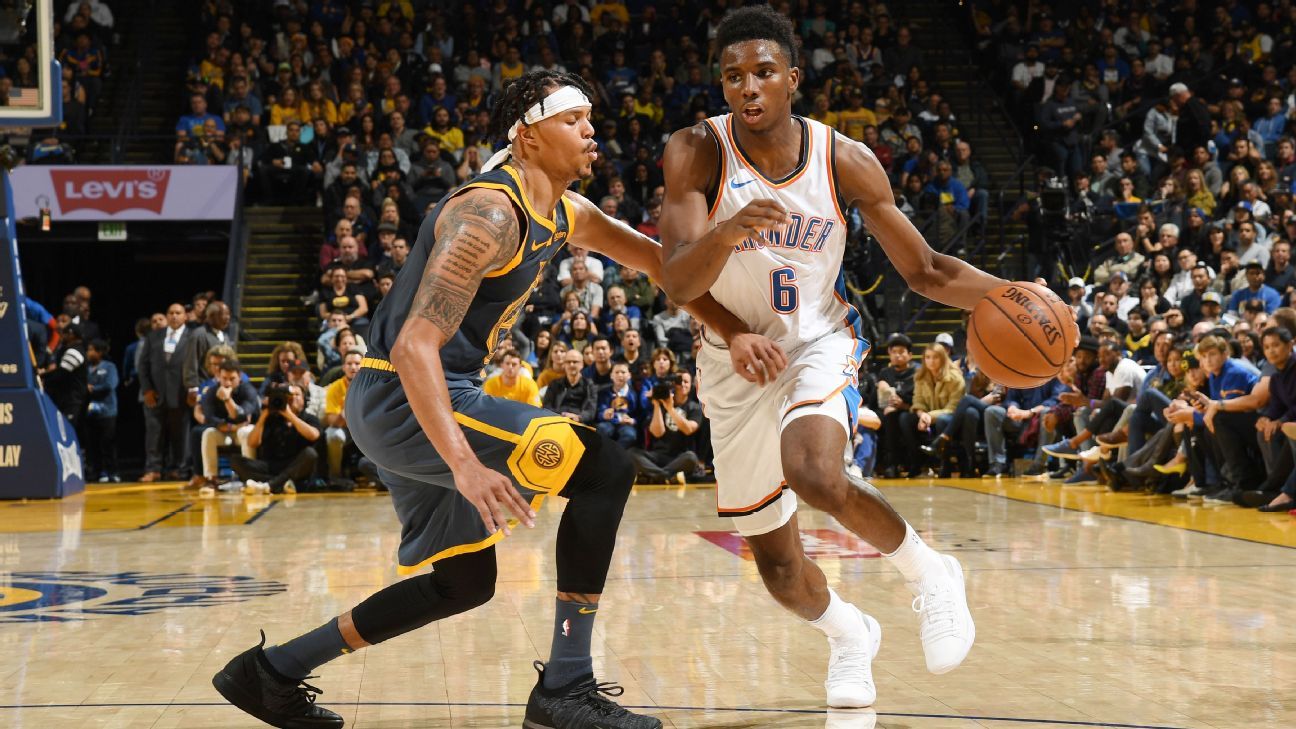 The Oklahoma City Thunder have agreed to trade guard Hamidou Diallo to the Detroit Pistons for guard Svi Mykhailiuk and a 2027 second-round pick, sources told ESPN on Friday.

The emergence of second-year guard Lu Dort had made Diallo expendable, especially considering he will be a restricted free agent this summer. The Pistons consider Diallo as a core future player, and plan to work to sign him to a new deal in the offseason, sources said.

Pistons general manager Troy Weaver was an executive with the Thunder when Diallo was drafted 45th overall in the 2018 NBA draft.

The 2027 second-round pick headed to Oklahoma City will be via the Houston Rockets, sources said.

Mykhailiuk, 23, is considered a better positional fit along the Thunder’s perimeter, and he’ll get a chance to make an impression with Oklahoma City prior to becoming a restricted free agent this summer.

He was the 47th overall pick to the Lakers in the 2018 draft, arriving in Detroit midway through his rookie season in a trade. He’s averaging 6.9 points a game this season — and 6.6 for his career.