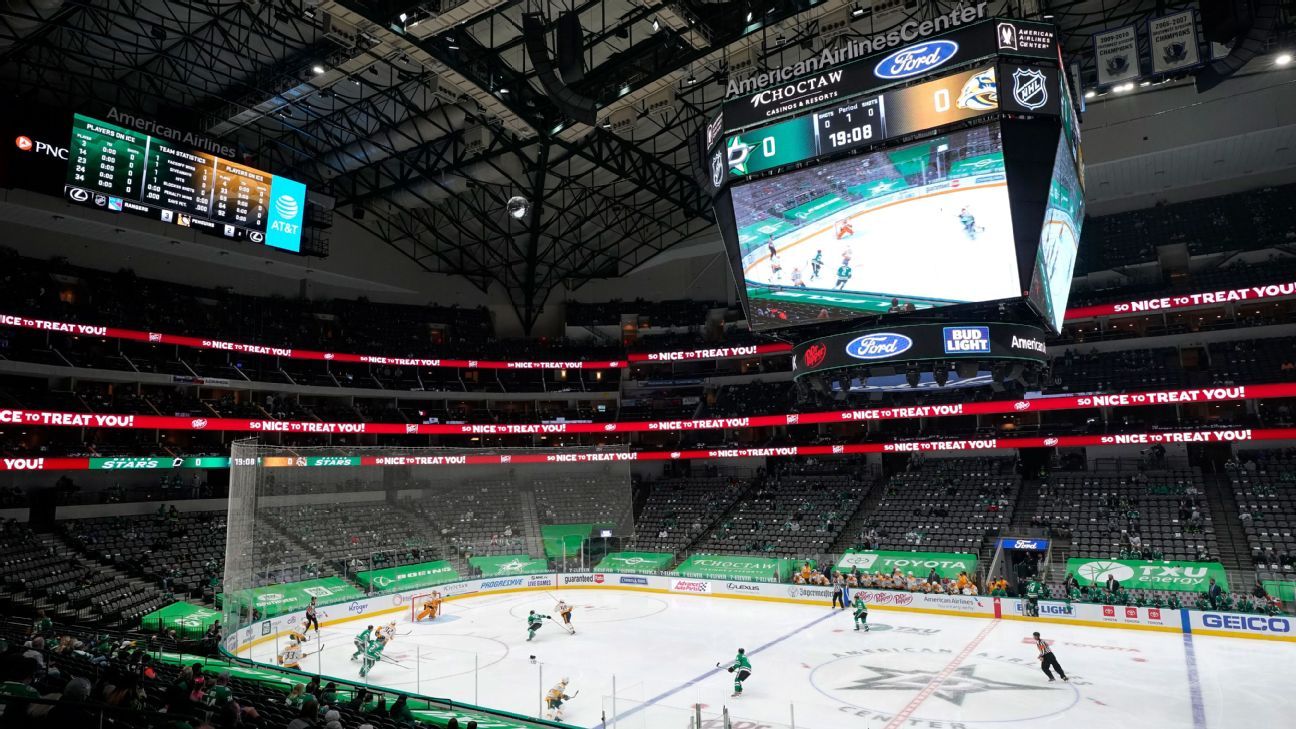 DALLAS — The wintry blast causing misery across Texas has prompted the postponement of an NBA game in Dallas and a second consecutive NHL game and has disrupted the college basketball schedule for a number of teams.

The Dallas Mavericks and Detroit Pistons were supposed to play Wednesday night. NHL games scheduled for Monday and Tuesday between the Dallas Stars and Nashville Predators had already been scrapped. No makeup dates were announced.

The shuffling of pro events came amid adjustments for several men’s and women’s college basketball games in Texas because of frigid temperatures and icy conditions for traveling.

The NBA said the Pistons-Mavericks postponement was because of a “government shutdown” of American Airlines Center, home of the Mavericks and Stars. The league didn’t elaborate on the nature of the shutdown.

More snow was in the forecast into Wednesday, although not accompanied by the single-digit temperatures that followed a weekend storm that left several inches of snow in many parts of Texas.

It’s the second consecutive postponement for the Pistons, who were supposed to play San Antonio at home Tuesday. That game was called off because of a positive COVID-19 test with the Spurs, who subsequently turned up four positive tests and had three more games postponed.

A flurry of adjustments for Big 12 men’s and women’s games continued Tuesday because of the extreme cold.

The No. 12 Texas men’s visit to ninth-ranked Oklahoma has been moved back a day to Thursday after originally getting bumped from Tuesday to Wednesday because of the weather. The league also postponed the Longhorns’ game at Iowa State that was scheduled for Thursday night.

No. 15 Texas Tech was supposed to play consecutive games against TCU this week, one of those a rescheduled game from last month because of COVID-19 issues in the Horned Frogs program.

The game originally scheduled for Monday in Fort Worth was pushed to Thursday. The game in Lubbock was moved up a day to Tuesday, but that was called off amid plunging temperatures.

The No. 7 Baylor women had their game Wednesday in Waco, Texas, against 19th-ranked West Virginia postponed. No makeup date was announced. Two other women’s games scheduled for Wednesday had also been called off: Texas at TCU and Texas Tech at Oklahoma.

The American Athletic Conference men’s game between Tulane and SMU in Dallas scheduled for Wednesday was postponed, with no makeup date announced.

The Stars announced Tuesday’s postponement almost 12 hours before the scheduled game against the Predators. Monday’s game was called off less than an hour before its scheduled start after criticism on social media about planning to go forward.

There has been power at American Airlines Center. Tristan Hallman, a spokesperson for the Dallas mayor, told The Dallas Morning News the arena is on the critical infrastructure grid that includes the convention center and area hospitals.

The postponed Stars games were the fifth and sixth on a season-longest eight-game homestand for the team. Dallas is still scheduled to play the first of two in a row at home against Tampa Bay on Thursday, the first meeting between the teams since the Lightning beat the Stars in six games in the Stanley Cup Final in September.