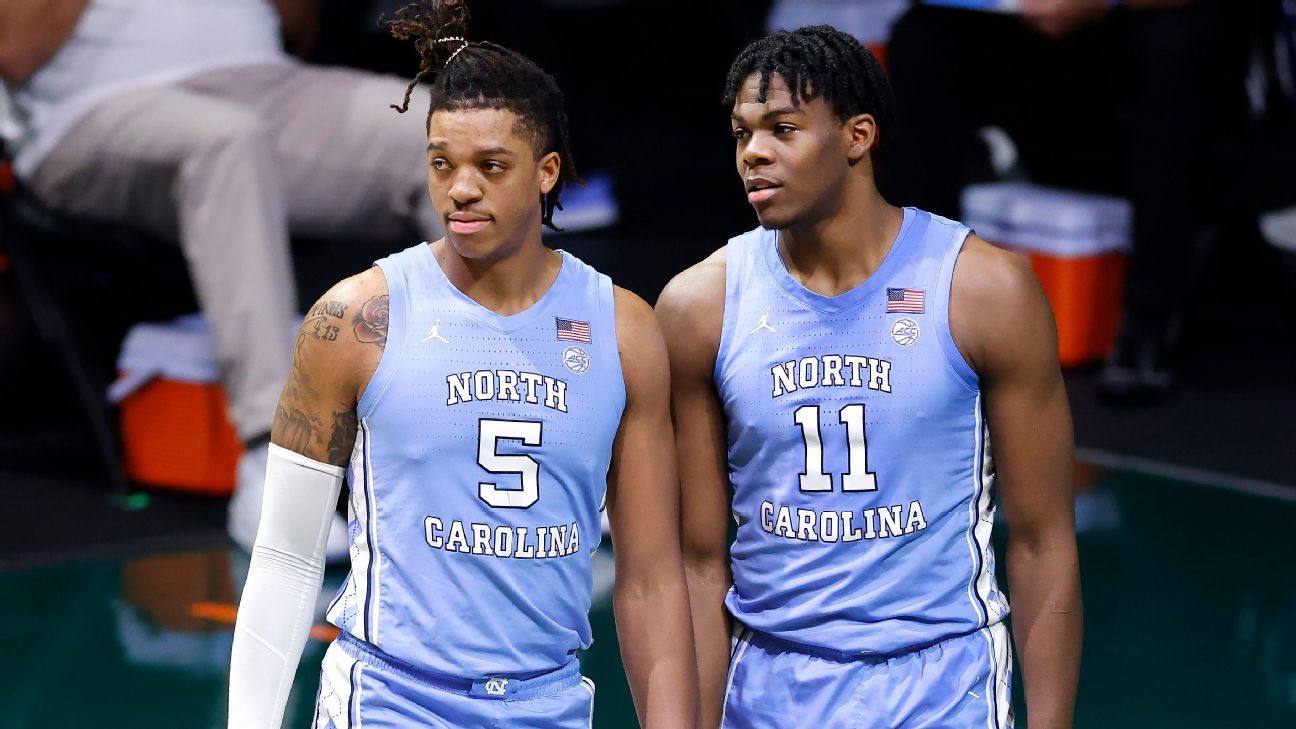 North Carolina‘s players and team managers released a statement of apology Tuesday after a video showing multiple players partying without masks on after Saturday’s win over Duke forced the postponement of Monday’s game against Miami.

Two hours before Monday’s men’s basketball game between Miami and North Carolina in Chapel Hill, the ACC announced that both teams had “mutually” agreed to postpone the game. The decision came hours after The Daily Tar Heel, North Carolina’s student newspaper, posted a Snapchat video that shows UNC standouts Day’Ron Sharpe and Armando Bacot partying without masks on, along with other young people who also weren’t wearing masks Saturday after UNC’s 91-87 win over Duke.

“Saturday night, a number of players and managers — not just the ones shown on the video that was seen — got together to celebrate our win at Duke,” their statement said. “Our intention was to celebrate privately within our group. Unfortunately, we allowed several friends who are not members of the team to join the gathering. We were inside and not wearing masks, which were mistakes.

“We apologize for not adhering to the University’s and athletic department’s guidelines and apologize to Coach Williams and his staff for not stepping forward when he first addressed it with us on Sunday. We have worked too hard for eight months doing the right things to make those kinds of mistakes at this point in the season. We are hopeful we will be able to play again soon and wish to remind everyone to stay safe so this pandemic will be over as soon as possible.”

In the brief video published by The Daily Tar Heel, Sharpe and Bacot, who combined to score 27 points in the win over their chief rivals Saturday, are shown hanging out with multiple people in a room as music plays in the background.

While the league’s statement did not offer specifics, the ACC’s health and safety protocols list multiple reasons for postponing a game, which include the “inability to perform adequate contact tracing consistent with governmental requirements or recommendations” and the “inability to isolate new positive cases, or to quarantine high contact risk cases of the traveling and home team university students.”

Roy Williams said in a statement that he was glad his players and managers apologized.

“I appreciate the players voicing their apology,” Williams said in a statement. “They made a mistake. They’ve been fantastic for more than eight months in the way they have dealt with the whole situation with the virus. But they realize they did make a mistake, for which they are paying a very significant price.”

The school has not said how Saturday’s video could impact games beyond Monday’s matchup against Miami.