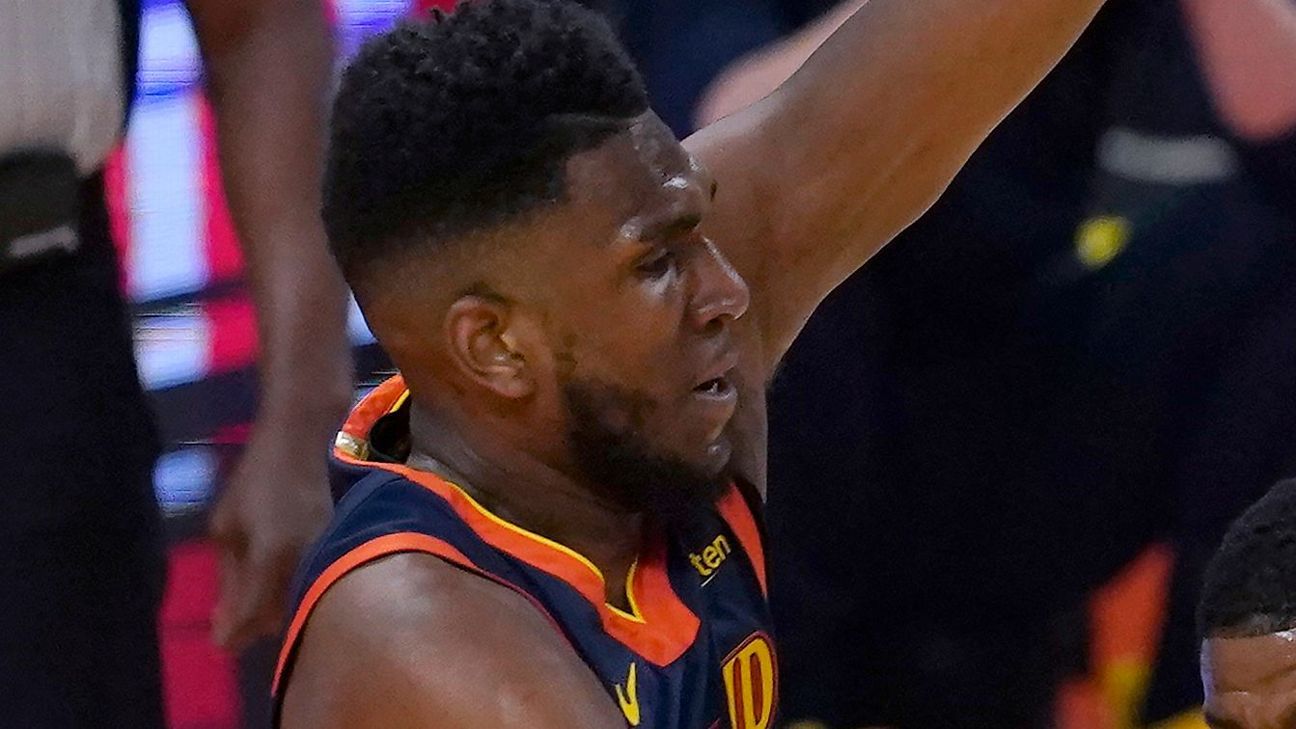 SAN FRANCISCO — Golden State Warriors center Kevon Looney sprained his left ankle during the first half of Tuesday’s game against the Boston Celtics and did not return.

The injury occurred with a little over two minutes to play in the first half. Looney appeared to step wrong as his ankle turned. He stayed in the game for a few more moments but eventually was replaced by Juan Toscano-Anderson.

Looney went straight to the locker room and never returned.

The Warriors are already playing short-handed without rookie James Wiseman, who sprained his left wrist in Saturday’s win over the Detroit Pistons. Wiseman had an MRI on Sunday that revealed the sprain and is scheduled to be reevaluated in a week.

Marquese Chriss, who was expected to provide rotational minutes off the bench, suffered an ankle injury in the first week of the season during a practice in Chicago. It remains unclear if Chriss will be able to return this season.