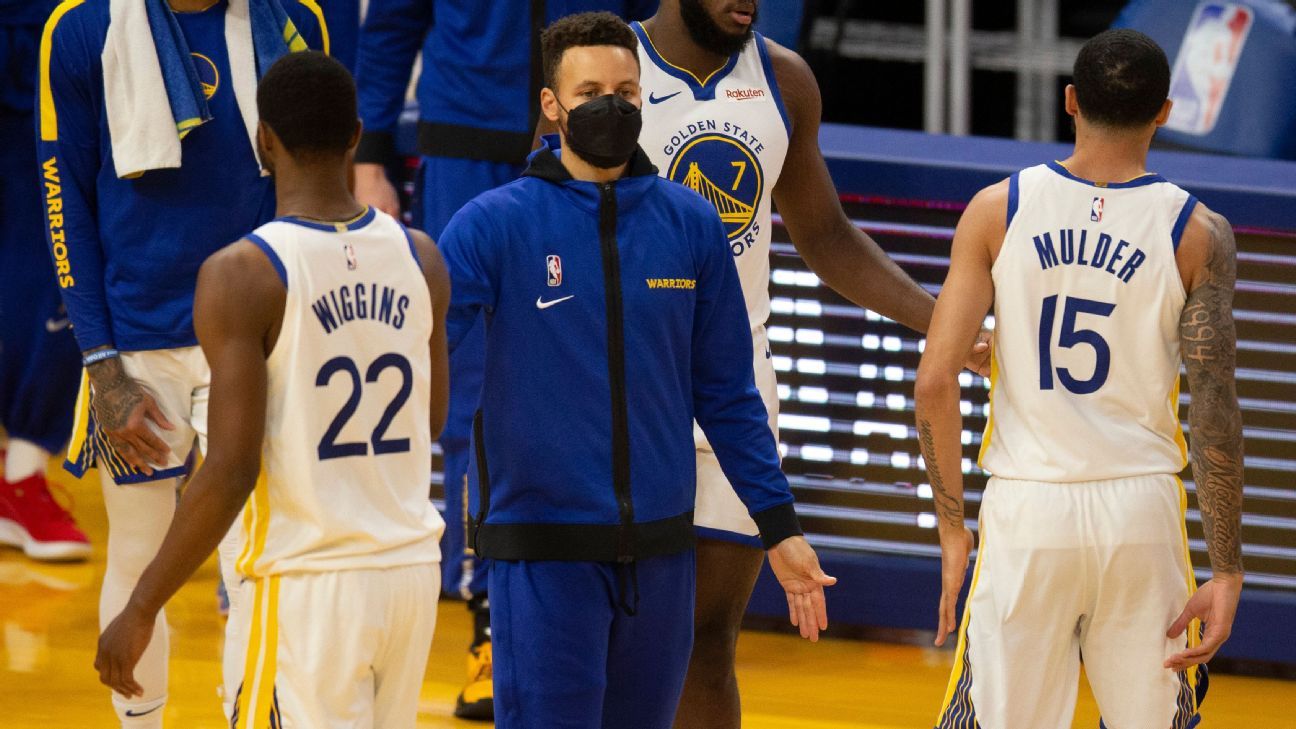 SAN FRANCISCO — Golden State Warriors star guard Stephen Curry practiced fully on Sunday and will be listed as questionable for Monday’s game against the Chicago Bulls after missing the past week and a half because of a tailbone bruise.

“We scrimmaged some just now, and he’s getting some extra work in, so we want to see how he responds to that,” coach Steve Kerr said after Sunday’s practice. “And then it’s a discussion with (Warriors director of sports medicine and performance) Rick (Celebrini) and the training staff. We’ll see where it all goes.”

Curry injured his tailbone on March 17 during a 108-94 win over the Rockets after tripping over a set of risers near the Houston bench. Curry fell hard on his tailbone and has been out of the lineup ever since.

The Warriors said last Tuesday that Curry would miss another week after an MRI showed inflammation in the tailbone, but Curry is feeling better, and there is now a chance he plays against the Bulls.

“It’s always great to have a guy like him around,” Warriors forward Juan Toscano-Anderson said. “Just based on his presence. On the floor, off the floor, who he is, the energy he brings. Today, there was a turnover in practice and he got upset, and it was like, ‘OK, our leader’s back, our guy’s back,’ so it’s exciting.

“Obviously, we’re a much better team with him on the floor. So, super excited to have him back whenever that is. Hopefully, sooner the better.”